Vikrant Massey plays an activist named Amol in the movie who helps Malti (Deepika Padukone) in her fight against the open sale of acid in shops. 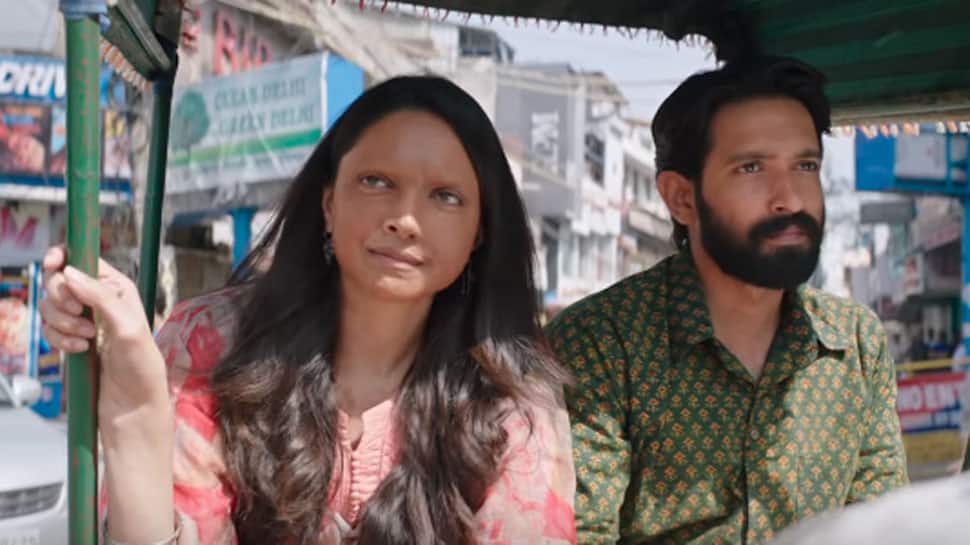 New Delhi: B-Town number one actress Deepika Padukone is gearing up for the release of one of her most difficult and touching venture 'Chhapaak'. The film by 'Raazi' director Meghna Gulzar sets out to tell the real-life story of acid attack survivor Laxmi Agarwal.

Deepika will be seen playing the titular role of Malti in the movie. The makers have unveiled its first song titled 'Nok Jhok' and it taps the reel chemistry between Deepika and Vikrant Massey's character in the movie. It has been sung by Siddharth Mahadevan and lyrics are penned by Gulzar. The soulful music is composed by Shankar Ehsaan Loy.

Vikrant plays an activist named Amol in the movie who helps Malti in her fight against the open sale of acid in shops.

The makers had released the trailer of 'Chhapaak' a few days back and it received a thunderous response from viewers who hailed the hard-hitting performance of the actress as well as the supporting cast. Deepika has turned producer with this film.

'Chhapaak' is written by Atika Chohan and Meghna Gulzar. It is slated to hit the screens on January 10, 2020.

The film will be clashing with Ajay Devgn starrer 'Tanhaji: The Unsung Warrior' at the Box Office.