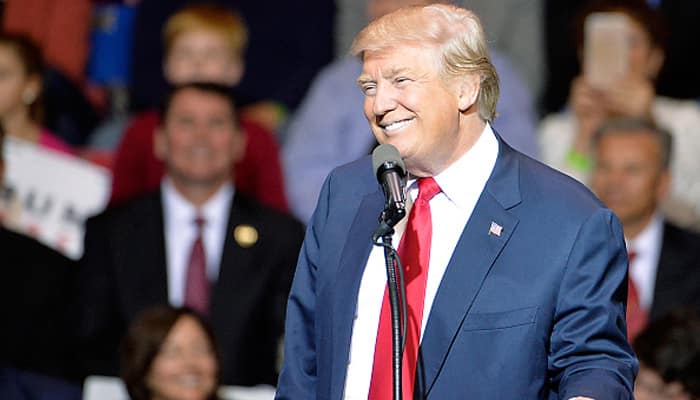 Beijing: China should spend its money on building more nuclear arms as a response to US President-elect Donald Trump, an editorial in the nationalistic Global Times newspaper said on Thursday.

The editorial advocated for a "significant" increase in military spending.

China "won't pay into Trump's protection racket. It should use the money to build more strategic nuclear arms and accelerate the deployment of the DF-41 intercontinental ballistic missile. China's military spending in 2017 should be augmented significantly," it added in the print article run in both English and Chinese.

The "protection racket" the editorial is referring to is Trump's earlier statement that he would make the US' allies pay Washington for helping defend them.

Notably, the paper is not part of the official state media, but has close ties to the ruling Communist Party.

Chinese officials are sometimes thought to use it as a rhetorical hammer, but have also admonished it for its often bombastic language.

The president-elect frequently savaged China on the campaign trail, even calling it America`s "enemy" and pledging to stand up to a country he says views the US as a pushover.

But he has also indicated he is not interested in projecting US power away from home, saying America is sick of paying to defend allies like Japan and South Korea -- even suggesting they should develop their own nuclear weapons.

The editorial follows a Twitter tirade by Trump earlier in the week blasting China`s trade and foreign policies, as well as a protocol-shattering decision to accept a congratulatory phone call from Taiwanese leader Tsai Ing-wen.

In the editorial, the Global Times said: "We need to get better prepared militarily regarding the Taiwan question to ensure that those who advocate Taiwan`s independence will be punished, and take precautions in case of US provocations in the South China Sea."

On Wednesday, Trump selected Iowa Governor Terry Branstad, who has close ties to Chinese President Xi Jinping dating back to the mid-1980s, as ambassador to China -- potentially welcome news for Beijing, which called him an "old friend" upon receiving reports of his nomination.

Nevertheless, the state-owned China Daily newspaper remained pessimistic about the future of relations with the US.

A Thursday editorial said that though the Asian giant had thus far responded to Trump with "laudable" prudence, further provocations from the unpredictable politician would jeopardize Sino-US ties.

"China has to prepare for the worst," it said. "What has happened over the past weeks tends to suggest that Sino-US relations are facing uncertainty as never before, as Trump`s words are not necessarily more bark than bite."

"Trump obviously considers China a cash cow. There have been voices in the West that want China to do more since the US deemed that China took a free ride on US efforts to maintain world order. But does China need to make deals with Trump that only benefit the US for making peace with him? Apparently not," says the editorial.