Jailed Bihar lawmaker to contest polls from behind bars

Anant Singh, a jailed Bihar MLA, will contest the ensuing assembly polls from behind the bars. 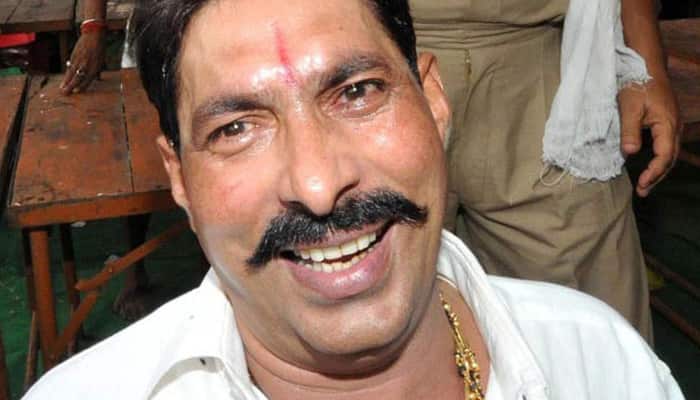 Patna: A jailed Bihar legislator will contest the ensuing assembly polls from behind the bars after a court here gave him the permission.

Anant Singh, lodged in Beur Central Jail here, will join the poll fray as an Independent candidate from his stronghold Mokamah assembly constituency.

He will file his nomination papers on October 7, one of his close aides said on Friday.

In June, Singh was arrested in connection with a kidnapping-cum-murder case.

He belongs to powerful Bhumihar caste, who has played influential role in Bihar's politics and economy for decades.

Last month, Singh, known as "Chhote Sarkar" for his muscle and money power, resigned from the ruling Janata Dal-United (JD-U).

The JD-U has fielded its spokesperson Neeraj Kumar from Mokamah.

The polls to the 243-member Bihar assembly will take place in five phases between October 12 and November 5. The counting of votes is slated for November 8.

"India remains committed to continue supporting the UN Peacekeeping Operations and even enhance our contributions," she added.

Voicing India's continued commitment to international peacekeeping operations, Swaraj said it has been India's view that these operations cannot substitute for political solutions, a fact that has been underscored by the High Level Independent Panel as well.

"Equally, there can be no dilution of the cardinal principles of peacekeeping, which are consent of the parties, impartiality and non-use of force other than for self-defence and defence of the mandate," she said.

The safety of peacekeepers, security of nations and the future of the international community itself is now dependent on how it responds to the greatest threat of terrorism, she added.

With 1,80,000 peacekeepers deployed so far, India has been the largest provider of international security by the UN. Even today, about 8,000 Indian military and police personnel are participating in 10 Missions, operating in highly challenging environments.

Paying tribute to more than 3,300 peacekeepers including 161 from India who have made the ultimate sacrifice, Swaraj said India stands ready to contribute to the Peacekeepers Memorial Wall, which has been approved by the 69th General Assembly.

On refugee crisis, she said the international community has not done enough to address it due to the conflict situation in Syria, Iraq and Libya and a swift response backed by political will is the need of the hour.

She highlighted that India's own response in its neighbourhood to humanitarian crises has been "quick, responsive and holistic."