It seems JNU has become the controversy's favourite child! 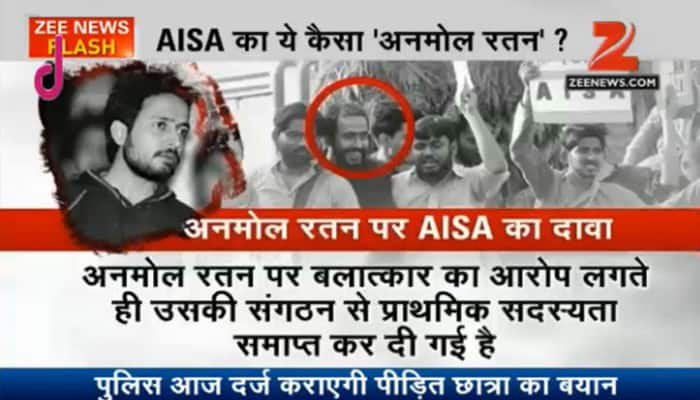 Now, once again JNU is making headlines because of an alleged rape incident inside the campus.

A 28-year-old JNU student has filed a rape case against an AISA activist accusing him of raping her in a hostel room on the university campus, police said on Sunday.

The woman is a first-year Ph.D student and she has alleged that Anmol Ratan, a JNU student and AISA activist raped her on Saturday, police said.

Details of the complaint

According to the complaint filed by her at Vasant Kunj (North) police station, she had posted on her Facebook profile that she wanted to watch 'Sairat' movie and asked if anyone had a CD of it.

It said Ratan apparently messaged her saying that he had a copy. Thereafter, he picked her up on Saturday on the pretext of giving her a CD of the film and took her to Brahamputra Hostel, where he stays.

She said in the complaint that he offered her a spiked drink and allegedly raped her.

He also threatened her and asked her to not report the matter.

However, the woman approached the police on Sunday and a case of rape was registered.

When contacted AISA said it has taken strong note of the allegations and has expelled Ratan from the membership.

"AISA takes serious note of the fact that Anmol Ratan, a leading activist of AISA, is facing a criminal complaint of sexual assault. He is, henceforth, expelled from the primary membership of AISA.

"AISA will reflect on and deal with this issue with all the firmness it deserves. AISA will be unflinching for the principles of gender justice even if it involves a leading member of the organisation. We stand by the complainant in her fight for justice," Ashutosh Kumar, AISA Delhi State Secretary, said.