Telangana, Andhra Pradesh, Chhattisgarh, Madhya Pradesh, Odisha, Gujarat, Haryana and Jharkhand are the other states that have asked for additional funds. 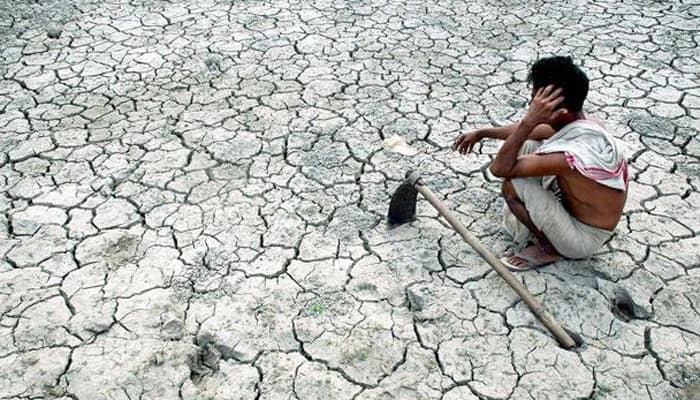 New Delhi: Ten more states have approached the union government for additional funds in the form of drought relief packages sanctioned to Uttar Pradesh and Karnataka.

Rajasthan is the latest entry to the lot and submitted a memorandum on Monday asking for central assistance of around Rs 1,800 crore to tackle the drought situation in the state, an official from the union agriculture ministry told IANS.

Telangana, Andhra Pradesh, Chhattisgarh, Madhya Pradesh, Odisha, Gujarat, Haryana and Jharkhand are the other states that have asked for additional funds to compensate their drought hit farmers, the official said declining to be named.

Prime Minister Narendra Modi sanctioned Rs 1,540 crore for Karnataka and Rs 934.32 crore for Uttar Pradesh when he met the respective chief ministers on Saturday. These sanctioned amounts are in addition to the funds released by the Centre as part of the National Disaster Response Fund for the two states.

Modi also met Maharashtra Chief Minister Devendra Fadnavis to take stock of the drought situation in the state. The amount sanctioned to the state has not been made official yet.

Over 27,000 of the total 43,000 villages in Maharashtra are reeling under drought of varying severity this year, while in Odisha, 27 out of the total 30 districts have been officially declared drought hit.

The Telangana government has also declared 231 of its 443 administrative blocks as drought-affected. Chief Minister K Chandrasekhar Rao is also expected to meet the prime minister later this week and apprise him about the situation in his state, agriculture ministry officials said.

Andhra Pradesh has declared that 359 of its 670 mandals have been affected by drought.

In a letter to them, Sinha has stressed that the states must get all the ponds or water storage facilities de-silted through MGNREGA before the monsoon season approaches.

"India has 5,20,000 irrigation tanks or ponds with the storage capacity of 3,000 crore cubic meters. De-silting can be a cost effective way of improving water storage capacity and MGNREGA funds can be used for this activity," Sinha said in his letter.

He also requested the states to complete digging 8.77 lakh farm ponds, already approved by the union government before the onset of the monsoon season.

Meanwhile, a survey conducted by NGO Swaraj Abhiyan of activist Yogendra Yadav has reflected on the gravity of the drought that has hit Bundelkhand area -- straddling the states of Uttar Pradesh and Madhya Pradesh.

"Forty percent villages of Tikamgarh, Chhatarpur, Panna and Datia of Madhya Pradesh have only one to two functional hand pumps in each village," the survey released by the NGO on Monday said, adding that the situation is worse that three months ago.

Contrary to government claims, the survey says only 20 percent hand pumps have been repaired or re-installed in Madhya Pradesh in the last three months.

The report has also insisted that the much talked about tank water ferried by 'water trains' has reached a mere four percent of Uttar Pradesh's Bundelkhand villages, and two percent of the area falling in Madhya Pradesh.

It also said that 71 percent of UP Bundelkhand villages have seen abnormally high cattle deaths due to shortage of fodder. The number in MP's Bundelkhand area is 53 percent.

On Friday, the central government released around Rs 392 crore to drought hit states to mitigate the fodder crisis.