Hours after Prime Minister Narendra Modi hit out at the Gandhis in his San Jose speech, the main opposition party Congress on Monday hit back at him, saying he is a self-obsessed person who can't think about others. 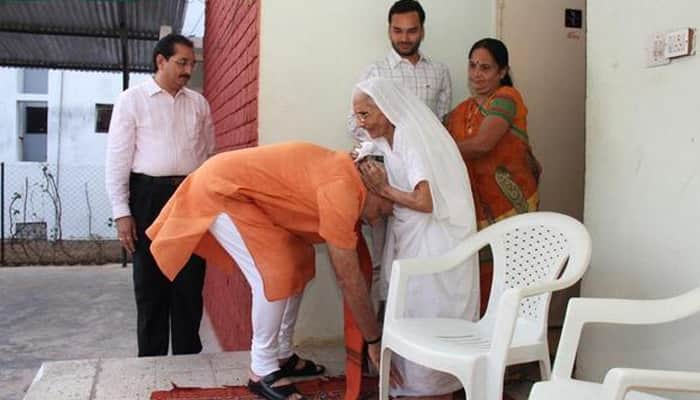 New Delhi: Hours after Prime Minister Narendra Modi hit out at the Gandhis in his San Jose speech, the main opposition party 'Congress' on Monday hit back at him, saying he is a self-obsessed person who can't think about others.

Addressing a press conference in the national capital, senior Congress leader Anand Sharma said, “PM is only about I, me and myself. Have you seen any leader in the world project himself like this?".

Sharma also made allegations of unaccounted funds being spent on PM Modi's extravagant foreign tours and demanded “an inquiry into funding of Modi's community addresses when he goes abroad.”

Who is paying for all this?, Sharma asked.

In Madison Square Garden, Dubai, now SAP Center and soon in Wembley. Who is holding these events? On state expense?, Sharma added.

Sharma also took dig at Modi getting emotional while meeting officials of Facebook at the Facebook Town Hall and said that Modi's claim that his mother cleaned dishes to make both ends meet was not true.

"I have got this probed, it's not the case," the Congress leader said, adding that they were not an affluent family but at the same time they were not that poor that they had to work at somebody else's home to make a living.

He said the Prime Minister's claim that he sold tea in his younger days should also be probed since it's wrong.

"His father ran a canteen. When did he (Modi) sell tea," he asked.

“PM says his mother used to clean utensils in other people's homes. Sadly this is a lie, he is insulting his mother,” Sharma said.

Also Read: Watch: PM Modi breaks down in tears during conversation with Zuckerberg

''PM Modi did not even invite his mother to swearing-in ceremony. So instead of crying abroad he should be a responsible son,” Sharma was quoted as saying by ANI.

“When the Prime Minister makes allegations, it would be worth a while to introspect and reflect of reality of his 14 months of governance,” Manish Tewari of Congress also said while speaking to reporters here.

“Is the country not disappointed (with corruption in India?” he asked the crowd.

“Is there not anger against corruption. I am standing before you. Tell me if there is any allegation against me.”

“Today, after 16 months, I want a certificate from you. Have I kept my promise? Am I working hard, day and night?” he asked.

Reacting to Congress' attack on Modi, BJP spokesman Sambit Patra said, “It is unfortunate that a senior politician like Anand Sharma is dragging the PM's mother in petty politics.”

With a broken thumb, Rohit Sharma's knock took India to an almost victory

Kasam Samvidhan Ki: Which issues changed the atmosphere of Gujarat?

DNA: Opposition will surround the Modi Government in Winter Session

DNA: Analysis of BJP's 'farewell' from MCD after 15 years

DNA: Terror of TTP in Pakistan!