Reacting to the Pakistani media reports about the arrest of Maulana Masood Azhar, the spokesperson of Ministry of External Affairs (MEA), Vikas Swarup, on Thursday told media that he has no information about the Jaish-e-Mohammad chief's arrest. 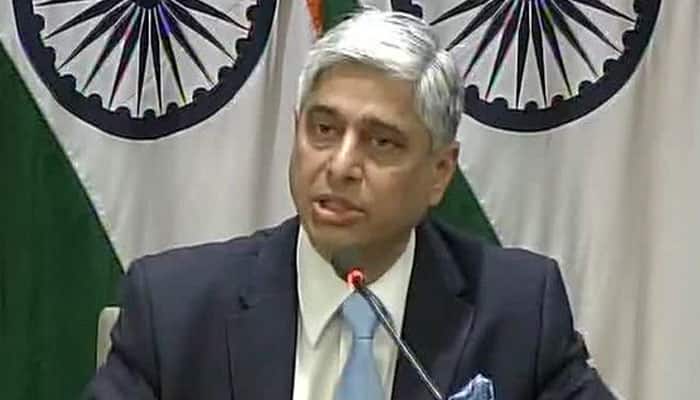 New Delhi: Reacting to the Pakistani media reports about the arrest of Maulana Masood Azhar over Pathankot attack, the spokesperson of Ministry of External Affairs (MEA), Vikas Swarup, on Thursday told media that he has no information about the Jaish-e-Mohammad chief's arrest.

"We have no information regarding arrest of Masood Azhar, however, we welcome the steps taken by the Pakistan government over Pathankot terror attack probe," Vikas Swarup said. "We are awaiting SIT's visit to India in connection with Pathankot," Vikas Swarup added.

Also, the MEA spokesperson added that the Indo-Pak foreign secretary-level talks have been put on hold as of now with mutual consent of the two nations.

Also, according to MEA, the NSAs of the two nations are in regular touch over the Pathankot attack probe.

Earlier, in the day, Pakistan's foreign office spokesman Qazi Khalilullah had said tha the FS-level talks for which Indian Foreign Secretary S Jaishankar was to travel will not take place as planned.

Pakistan also did not confirm the arrest of Jaish-e-Mohammad chief Masood Azhar, media reports over which India has some reservations.

The development comes in the wake of uncertainty created by the terror attack on the Pathankot airbase.

Pathankot terror attack 'an inside job'?