Why is Congress so afraid of National Herald papers? Will re-apply for documents: Subramanian Swamy

Swamy, who is also a Rajya Sabha member, on Saturday said in a tweet message that he would re-apply for the documents in the court. 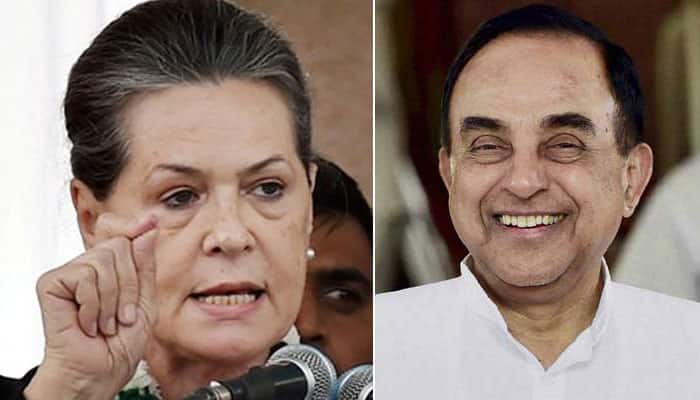 New Delhi: Senior BJP leader Subramanian Swamy on Saturday mocked the Congress and asked why it is so afraid of the National Herald papers.

The Delhi High Court has recently put aside a trial court order of summoning documents from the Finance Ministry and other agencies in connection with the National Herald case.

Swamy, who is also a Rajya Sabha member, on Saturday said in a tweet message that he would re-apply for the documents in the court.

He asked the Congress why it is so afraid of the documents.

Reacting to the Delhi High Court decision, senior Congress leader Salman Khurshid had said: "This is something that we thought will happen. It was only a matter of time that all the celebrations that the BJP and Mr. Swamy were doing, I hope will now come to an end."

The trial court had earlier this year summoned various documents from the Finance Ministry and other agencies, including the Congress Party's balance sheet for the year 2010-11.

The High Court had earlier on April 18 reserved its order on the pleas of Congress leaders challenging summoning of documents from different ministries in connection with this case filed by Swamy.

A Delhi Court had on March 11 given its nod to Swamy's plea, seeking the balance sheets of the Indian National Congress (INC) and Associated Journals Pvt Limited (AJL) for the purpose of investigation in this case.

Swamy had on March 1 approached a Delhi Court seeking summoning of certain documents related to the financial details of Congress, AJL and Young Indian Pvt. Ltd.

In an application moved before Metropolitan Magistrate Lovleen, Swamy sought to summon the balance sheet, receipts, income and expenditure statements for assessment years 2010- 11, 2011-12 and 2012-13 of the INC, AJL and Young Indian Pvt. Ltd.

Besides the Congress president and her son, Motilal Vora, Oscar Fernandes, Suman Dubey and Sam Pitroda are the other accused in this case.

Swamy had accused Sonia, Rahul and others of conspiring to cheat and misappropriate funds by just paying Rs. 50 lakh by which YI obtained the right to recover Rs. 90.25 crore which the AJL had owed to the Congress.

Another blow for Smriti Irani, gets dropped from Cabinet Committee on Parliamentary Affairs