The Centre has conveyed its concern to Jammu and Kashmir government over the police action against students at NIT Srinagar, Union Minister Jitendra Singh said here today. 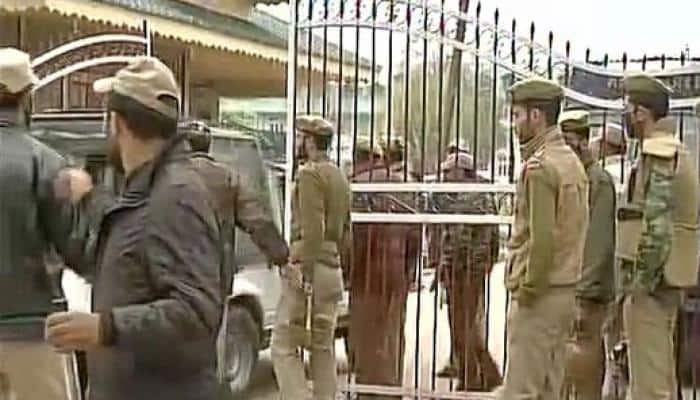 New Delhi: The Centre has conveyed its concern to Jammu and Kashmir government over the police action against students at NIT Srinagar, Union Minister Jitendra Singh said here today.

The Minister of State in Prime Minister's Office said there should not be use of force by police against the students and the Centre is in constant touch with authorities there to ensure that there is no physical harm and academic disadvantages to them.

"I have conveyed concern on my behalf and on the behalf of the Centre to Chief Minister Mehbooba Mufti also. She has assured us that the further course of action will be taken keeping in all sensitivities in the mind," Singh said.

The National Institute of Technology (NIT) campus in Srinagar had on Friday witnessed clashes between local and outstation students over India's defeat in the semi-final match in the World T20 cricket tournament. After the clashes, the NIT authorities had shut down the institute which was reopened yesterday.

Unrest was witnessed again yesterday at the NIT campus, with outstation students expressing a sense of insecurity and attempting to leave the campus, leading to a confrontation with police which resorted to lathicharge in which some were injured.

"My main concern is that there should not be any physical harm to the students and also they should not face academic disadvantage due to any shut down," said Singh.

The Minister said he has also spoken to police chief K Rajendra Kumar. "I am of personal belief that there should not be use of force by police against the students under any circumstances and I will also appeal to the students to maintain calm and peace," Singh told PTI.

He said that the Ministry of Human Resource Development has sent a team to the state to assess the situation. "I am sure that the HRD Ministry will make on-the-spot assessment and make sure that no student suffers any disadvantage," said Singh, a Lok Sabha member from state's Udhampur constituency.

"The government is seized of the entire incident. Home Minister Rajnath Singh has been in touch with the state government. A report has been sought by MHA. We want to assure students' parents that we are as much concerned as they are," the Minister said.

With the situation being tense, Central Reserve Police Force (CRPF) personnel were last night deployed at campus and Jammu and Kashmir government assured full security to the students from other states studying here.