Air and noise pollution levels touched alarming levels here on Diwali day despite all the advertisements and pleas by government, as well as, civil society organisations requesting people to say no to crackers and fireworks. 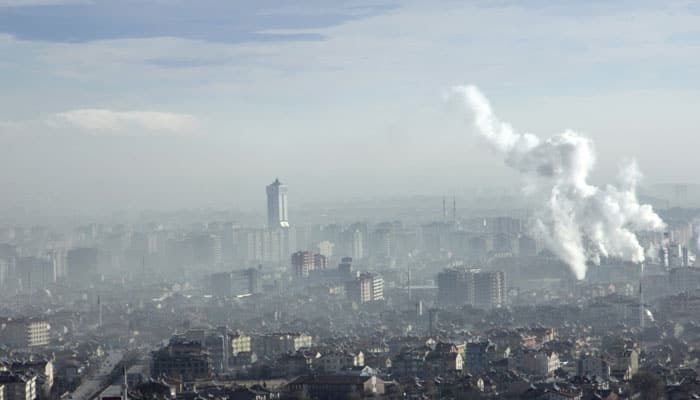 Patna: Air and noise pollution levels touched alarming levels here on Diwali day despite all the advertisements and pleas by government, as well as, civil society organisations requesting people to say no to crackers and fireworks.

"The RSPM level in Patna on Diwali day was at a very dangerous level, almost 10 times more than the prescribed standard of 100 micrograms per cubic metre. Usually RSPM in Patna air is around 386 microgram per cubic metre on normal days," Singh said.

"Such huge increase in the air pollution levels could have been due to the use of fireworks and vehicle emissions.

However, Sulphur dioxide (SO2) in the corresponding time was around 8 microgram per cubic metre, less than the permissible maximum limit.

Singh said the noise pollution levels also touched dangerous levels on the Diwali day peaking to 99.7 dB between 10pm and 11pm, with the day time average shooting up from 81.7 decibel (dB) to 83.5 dB and the night time average rising from 65.8 dB to 74.9 dB.

The government prescribed sound standards is 65 dB for daytime and 55 dB for nighttime in commercial area and 55 dB and 45 dB for residential area.

"We took our measurements at Boring Road area and the maximum noise level was recorded between 8pm to 11pm on the Diwali day. It ranged from 85.2 dB to 97.4 dB, way above than the prescribed standards. This means the city did not respond to the appeals about not bursting crackers," Singh said.

Google CEO Sundar Pichai honoured with Padma Bhushan, says ‘‘I carry India with me wherever I go"

Engineer arrested for taking bribe of 2 lakhs, one crore rupees found in the house

Top 50: Last day of campaigning for the second phase.