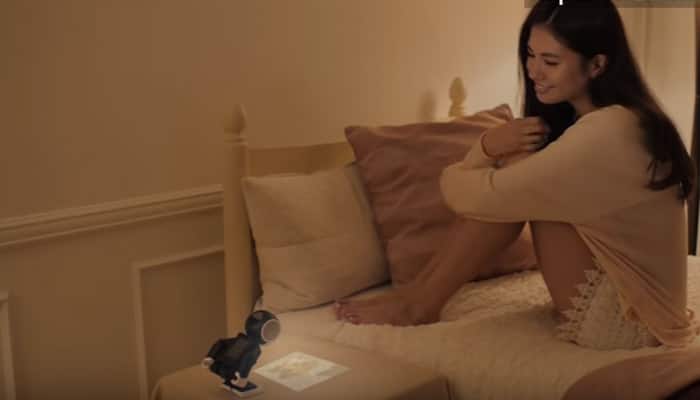 New Delhi: RoBoHon, the world's first robotic mobile phone and a pocket-size walking robot, made its way to market in Japan Thursday.

It is said that the RoboHon can walk, sit down, get back up, dance, and raise its arms when it's got something to tell its users.

Watch the teaser video below-

To mark the launch, the Osaka-based company Sharp opened the RoBoHon Cafe in Tokyo where visitors can test the robot until June 7.

The Japanese electronics manufacturer is producing 5,000 units per month, aiming to be the leader of this type of mobile after sealing a takeover agreement with the Taiwanese company Hon Hai, also known as Foxconn, otherwise known for assembling iPhones and iPads for Apple.

Apart from being used as a mobile, the 19.5-cm tall humanoid robot weighing 390 grams could be used as projector to display video, photos or maps.

It also offers a wide range of applications based on conversation with the android.

RoBoHon can also recognise faces of people using its front camera and then address them by their name.

The ultra-cute robot phone is the brainchild of Japanese electronics company, Sharp and engineer Tomotaka Takahashi, inventor of the first robot astronaut 'Kirobo'.