Patnaik, who prior to 2014 general elections had taken up the Special Category Status (SCS) demand to Delhi, this time choose to write to Prime Minister Narendra Modi on the issue. 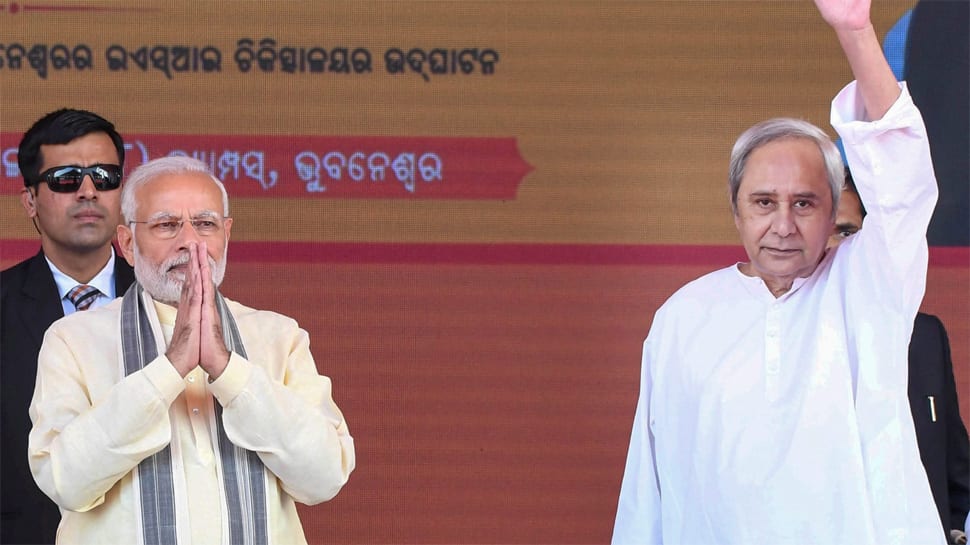 Bhubaneswar: Ahead of the 2019 elections, Chief Minister Naveen Patnaik on Friday intensified the demand for Special Category Status for the state and said Odisha has been a victim of central neglect and natural calamities.

Patnaik, who prior to 2014 general elections had taken up the Special Category Status (SCS) demand to Delhi, this time choose to write to Prime Minister Narendra Modi on the issue. The state's BJD government had also placed its demand before the 15th Finance Commission, which visited Odisha recently.

"It is in this premise of historical Central neglect and frequent natural calamities that my government has been demanding Special Category Status for Odisha which will supplement out efforts in transforming the state," Patnaik wrote to Modi.

Stating that Odisha has been registering a growth rate higher than the nation's, Patnaik said, "Providing SCS will further accelerate industrial development and in turn more jobs for our youths."

"Kindly consider Odisha's request as a unique one and support us in the fast pace, inclusive development of Odisha," Patnaik requested the prime minister in the letter.

On the central neglect towards the state, Patnaik said the nation benefits immensely from its natural resources.

The iron ore deposits and other minerals have contributed significantly to the national building throughout the years, the chief minister pointed out.

Patnaik said Odisha plays a major role in the energy security of the country through its coal deposits.

Railways get among their highest profits from Odisha, he pointed out and alleged that successive central governments have neglected the state. "Odisha remains at the bottom in the country in most central subjects like telecommunication density, railway network, banking network and coverage, national highways and air connectivity," Patnaik said in a bid to justify his claim of central neglect.

Patnaik said the unique geo-climatic condition of Odisha has make it vulnerable to recurring natural disasters. During 1900 to 2018, the state has experienced one or the other disasters like flood, cyclone, tornado or drought every year, he said.

"In some years, we have faced multiple disasters in the same year. More than 80 per cent of the geographical areas and nearly 90 per cent of population of our state are vulnerable to one or more disaster," the chief minister said.

Odisha has been affected by about 35 per cent of all the cyclonic and severe cyclonic storms that have crossed the eastern coast of India, Patnaik said.

He pointed out that calamities cause huge damage to standing crops, dwelling houses and public infrastructure including roads, bridges, power distribution, drinking water and irrigation systems.

While making a strong case for Odisha, Patnaik claimed that the state has been successful in many fronts despite financial constraints, frequent floods and cyclones.

Odisha, he said, has made steady progress on socio-economic development front. The State's GDP has increased by 50 per cent during the last six years and poverty has declined by 24.61 per cent from 2004-05 to 2011-12, the highest reduction among major states.

The chief minister said the state has launched its own food security and health security schemes and the MAMATA scheme has benefited more than 31 lakh women for child birth, he said, presenting a veritable report card of his government's achievement since coming to power in 2000.

Patnaik said about 20 lakh houses have been completed under various rural housing schemes since the 2014-15 financial year.

The electricity consumer base has also increased from 16 lakh in 2000 to 72 lakh and the state is on the course to surpass 10 lakh hectors under irrigation that the state government had set a target for itself, he said.