India's Shubhankar Sharma roared back from a four-stroke deficit to claim a remarkable two-shot win at the Maybank Championship in Malaysia for his second European Tour title on Sunday. 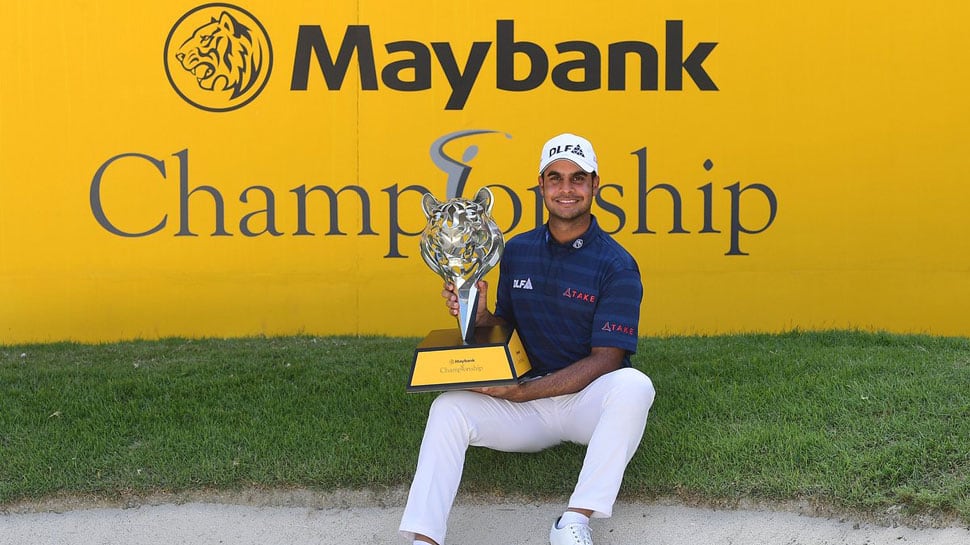 India's Shubhankar Sharma roared back from a four-stroke deficit to claim a remarkable two-shot win at the Maybank Championship in Malaysia for his second European Tour title on Sunday.

The 21-year-old shot 10 birdies in a sizzling closing round of 10-under-par 62 to aggregate 21-under for the tournament, finishing ahead of joint overnight leader Jorge Campillo who carded a 68.

Spain's Campillo, who missed the opportunity to capture his maiden title on the European Tour in his 196th event, was a shot ahead of New Zealand's Ryan Fox who was tied third alongside Pablo Larrazabal at the Saujana Golf and Country Club.

"I played pretty solid and it wasn't easy because it was windy," Sharma, who jumped to the top of the Race to Dubai Rankings, said after the win.

"I kept pushing the whole day. I knew I had to make a lot birdies to catch the leaders. I made a lot of birdies on the front nine and just continued on the back."

Campillo went two clear at the top with an eagle in the first hole but Sharma got within touching distance of the Spaniard with four straight birdies from the fourth.

The relentless Indian, who captured his maiden title at the Joburg Open in December, shot five birdies on the back nine to edge ahead of Campillo and hung on for the victory.

"I've always dreamt of winning and now I'm a two-time winner on the Asian Tour and European Tour."