Karmakar finished fourth in the women's vault finals event during the 2016 Rio Olympics, which earned her fame and appreciation from all corners of the world. 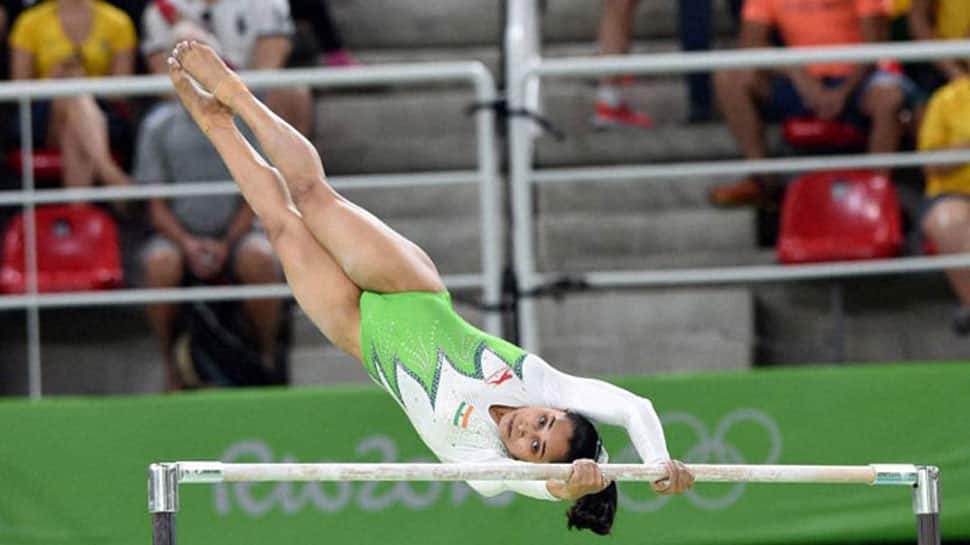 Legendary Indian cricketer Sachin Tendulkar on Tuesday hailed star gymnast Dipa Karmakar for motivating thousands of youngsters to do something special for the country. Addressing a gathering after unveiling a book on Dipa Karmakar, Tendulkar showered praises on the Olympian gymnast.

"Dipa has motivated thousands of youngsters to go out and achieve something special for India. There are only seven athletes who have attempted the 'Produnova’ vault in the history of the Olympics, with five managing to emerge successful out of them. I am very proud that one amongst the five gymnasts is sitting amongst us," said Tendulkar.

The former Indian cricketer stated that it was not important to ponder over the fact that Dipa had failed to win a medal, highlighting the unpredictability of any sport.

"Yes, she came very close but it did not happen and that is how any sport is, there are no guarantees,"

Tendulkar also recalled that despite being advised rest, due to a knee surgery in 2016, he did not miss out on Dipa Karmakar's spectacular performance during the Rio Olympics.

Dipa finished fourth in the women's vault finals event during the 2016 Rio Olympics, which earned her fame and appreciation from all corners of the world.