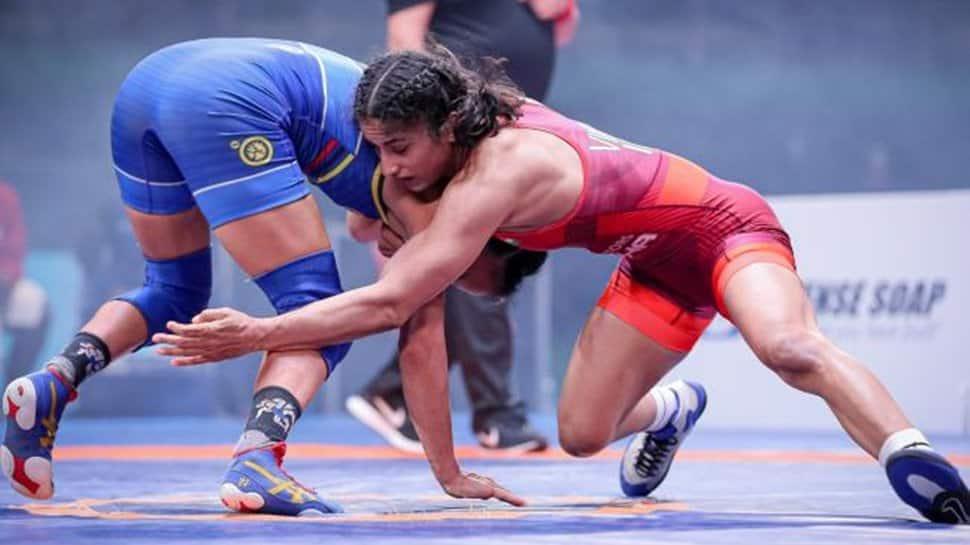 Vinesh Phogat bagged a gold medal at the the Matteo Pellicone Ranking Series event in Rome. (Twitter/wrestling)
Share:
Written By:

India's star wrestler Vinesh Phogat bagged a gold medal in the 53kg category after her 4-0 win over Canada's Diana Weicker in the final of the Matteo Pellicone Ranking Series event in Rome. This was Vinesh's second gold in two weeks.

Vinesh enjoyed a great show against her opponent in the final at Rome as she kicked-off the bout with a takedown, thus earning a 2-0 lead in the start. She then went to grab another two points, while Weicker tried to fight her way back into the contest.

But Phogat's strong defence made sure that the Indian entered the break with a 4-0 advantage.

Weicker tried to shift the momentum after the break but the Indian proved to be too strong in her defence, not allowing her opponent take control of the proceedings. During the dying moments of the bout, Vinesh tried to steal more points by attempting a double leg on her opponent, but Weicker managed to counter it. However, no points were awarded to either wrestler.

Eventually, the Indian maintained the 4-0 advantage and went on to secure her second final in just two weeks.