On Wednesday (August 4), wrestler Ravi Dahiya made a sensational comeback in his semifinal clash against Nurislam Sanayev of Kazakhstan while trailing 2-9 on points in the match. 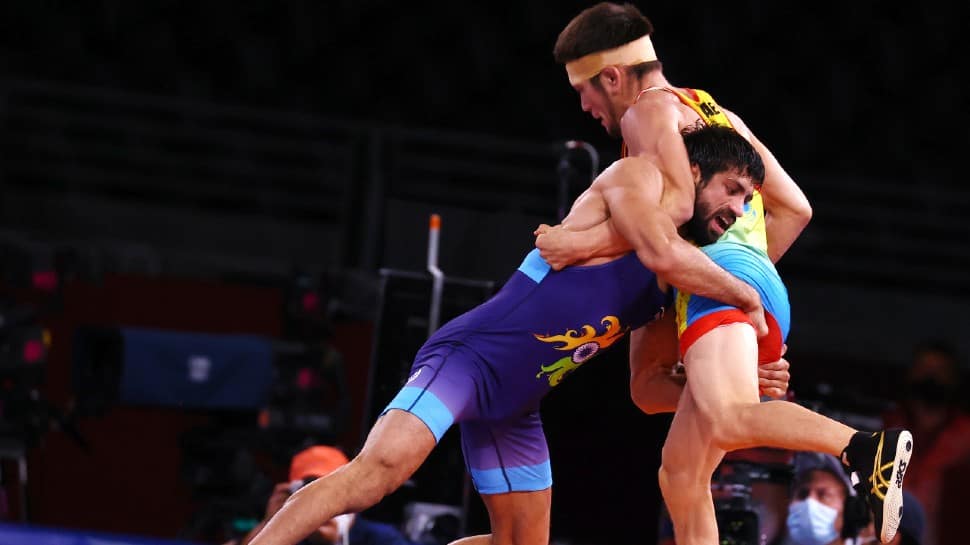 All eyes will be on Indian wrestler Ravi Kumar Dahiya when he takes the mat on Thursday (August 5) afternoon at the Tokyo Olympics for his gold medal fight. Dahiya become only the second Indian wrestler after Olympian Sushil Kumar to reach the final of the wrestling event, as he gets ready to take Zavur Uguev of Russia.

On Wednesday (August 4), Dahiya made a sensational comeback in his semifinal clash against Nurislam Sanayev of Kazakhstan while trailing 2-9 on points in the match. Despite a huge deficit, Dahiya did not panic, showing tremendous mental strength and dramatically turned the bout in his favour.

After the end of the first period, Dahiya had a 2-1 lead but Sanayev came prepared and attacked the Indian's left leg, getting a good grip of that turned him thrice to log six points in a jiffy.

Suddenly Dahiya’s lead was gone and he was staring at a defeat but his superior stamina and technical prowess was still at work. The remaining one minute was enough for him to turn the tide and he did it in style.

He got hold of Sanayev with a double leg attack and then gripped him tightly, Kazkahstan wrestler’s back on the mat and finished the bout with a might ‘pin’. Even in his previous bouts Dahiya was dominant as the 23-year won both his previous contests on technical superiority en route the final.

What is victory by ‘pin fall’ in a wrestling match?

Although Dahiya ended up trailing by points in the match – 7-9, he was still declared the winner because he achieved a ‘pin fall’ over Sanayev. If a wrestler pins his opponent at any time before the end of the third period, the match is over and the winning wrestler earns a win by fall (pin), according to the wrestling rules.

Dahiya endured a painful bite on his biceps from opponent Nurislam Sanayev during the Tokyo Olympics semifinal but the in-form wrestler is perfectly fine and raring to go for the final, a support staff member of the team assured.

After Ravi Dahiya scripted one of the greatest comebacks on the mat, the pictures revealed the deep bite mark on his right bicep.

“It was paining when Ravi returned from the mat but he was given an ice-pack and he is fine. The pain has subsided. He is fit for final, no problem at all,” a member of the Indian wrestling team’s support staff told news agency PTI.