Questioning Mika over his recent performance, the protestor said, "Was the unconditional love that his country gave was not enough for him?" 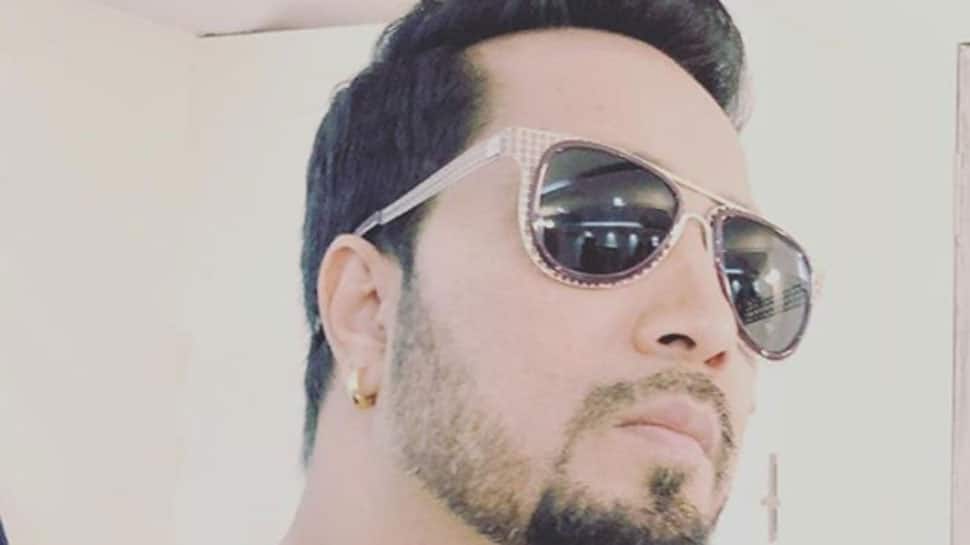 Mumbai: Several members of the All India Cine Workers Association (AICWA) got on the streets to protest outside singer Mika Singh's residence on Monday. This comes after the association issued an official notice seeking a ban on singer Mika Singh after his performance in Pakistan amidst the ongoing Indo-Pak tension.

The group of people was seen holding placards while raising slogans like `Bharat Mata Ki Jai`, `Hindustan Zindabad`, `Desh Se Bada Paisa Nhi Hota`, `Shame! Shame on Mika Singh, Shame`, `Go Back Pakistan Mika Singh` and `Pak Ka Mika, Mika Ka Pak, among others. Expressing outrage, one of the protestors told ANI, "Mika Singh performed in Karachi on August 8 and he was invited by none other than Pervez Musharraf because of whom the Kargil war happened and several soldiers lost their lives in the battle."

Questioning Mika over his recent performance, the protestor said, "Was the unconditional love that his country gave was not enough for him?"

"Considering several incidents in the past including the Pulwama attack, the revoking of Article 370 and many more, despite all this Mika went and performed in Pakistan. I just want to ask Mika that was the unconditional love that his country gave was not enough for him. Mika Singh is a traitor and does not deserve to stay in India. This is a warning to the entire film fraternity that Mika Singh should be boycotted from the industry and anyone who tries to work with the singer, he or she will also be boycotted and will be considered a traitor," the protestor added.

Later, the group of members was taken away by the cops in the police vans in order to prevent any mishap and commotion on the streets. For the unversed, the issue began after videos of the singer performing at an event in Karachi went viral on the Internet a few days back.Despite the ongoing tension between India and Pakistan, especially after the abrogation of Article 370, Mika decided to perform at the event Pakistan, which was organised by former Pakistani president Pervez Musharraf's close relative. AICWA banned the singer from the Indian film industry on August 13.

The film body further put an unconditional ban on the singer and boycotted him from all the movies and music contracts with the entertainment companies. The association also sought the intervention of Information and Broadcasting ministry in the matter. On August 14, the Federation of Western India Cine Employees (FWICE) also imposed a total ban on Mika and crew members from any performance in India for performing at the event in Karachi, Pakistan.

The film body put a total ban on the singer and boycotted him from recording, playback singing, and acting with the entertainment companies.

"Anybody dealing with Mika Singh alias Amrik Singh will do at their own risk, and will be boycotted. We are deeply pained and anguished by the performance of singer, Mika Singh alias Amrik Singh at the wedding of former President of Pakistan Pervez Musharraf's cousin's daughter in Karachi, followed by the height of tension and broken relations between India and Pakistan, which is shocking, shameful and shattering," the statement read.

The singer recently got some relief after FWICE president B N Tiwari accepted his demand for some time to clarify his stand on his performance in Pakistan. Mika shared a video on his Twitter handle on Monday where the FWICE president is speaking about the letter in which the singer has requested the film body to hear him in the matter before an opinion is made about him.

Tiwari said, "As the contents of the letter state that Mika is ready to accept the decision made by the federation and he has openly apologised for his actions, so the committee has decided to conduct a meeting with the singer on Tuesday."In the letter to FWICE, `Mauja Hi Mauja` singer urged Tiwari to give some extra time before taking any legal action against him over the matter.

Vicky Kaushal's childhood picture is sure to make you go aww!