Quriking up the promotional game for their upcoming film "Good Newwz", actors Akshay Kumar and Diljit Dosanjh tried the labour pain test to understand what expecting mothers go through during childbirth. 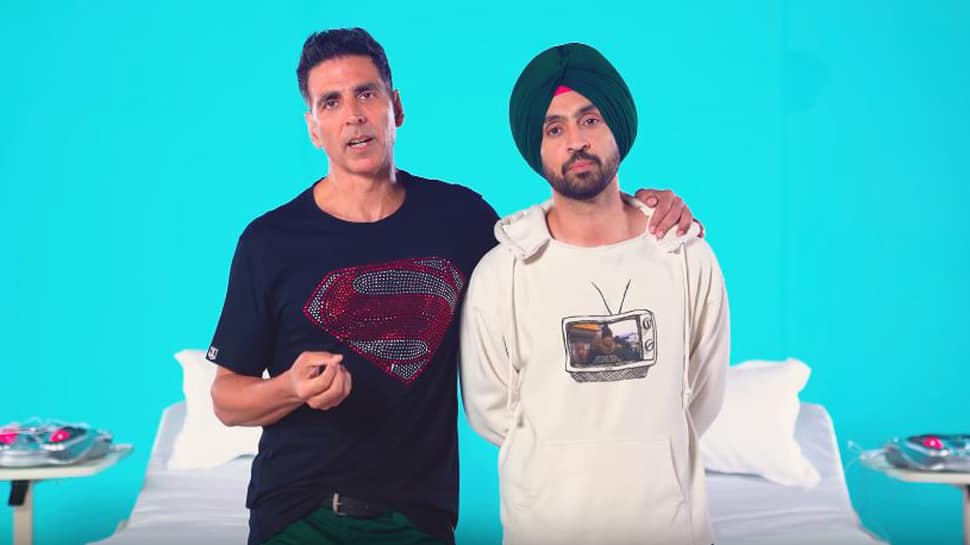 Mumbai: Quriking up the promotional game for their upcoming film "Good Newwz", actors Akshay Kumar and Diljit Dosanjh tried the labour pain test to understand what expecting mothers go through during childbirth.

Akshay on Saturday took to Instagram, where he shared a video of himself along with Diljit trying the test. In the video, the two are seen on stretchers with wires attached to a machine and to their stomachs.

As the doctor raises the contraction speed, the actors are seen screaming and going red in pain.

"Diljit Dosanjh and me experience labour pain : Good Newwz... A small step to understand what mothers go through by @diljitdosanjh and me. Dil se - Respect to all the mummies out there, delivering #GoodNewwz is harder than anyone can imagine!" Akshay captioned the video.

The video has currently received over 556K views.

Diljit shared the same video and wrote: "#GoodNewwz iss duniya mein hai toh sirf aur sirf saari mothers ki wajah se! Thank you (there is 'GoodNewwz' in the world only because of mothers."

Directed by Raj Mehta, the comedy-drama is scheduled to release on December 27.