In the picture that is now going viral on social media, Alia is sitting right next to her lover Ranbir while Karisma, Rima and others strike a pose. Check out the picture: 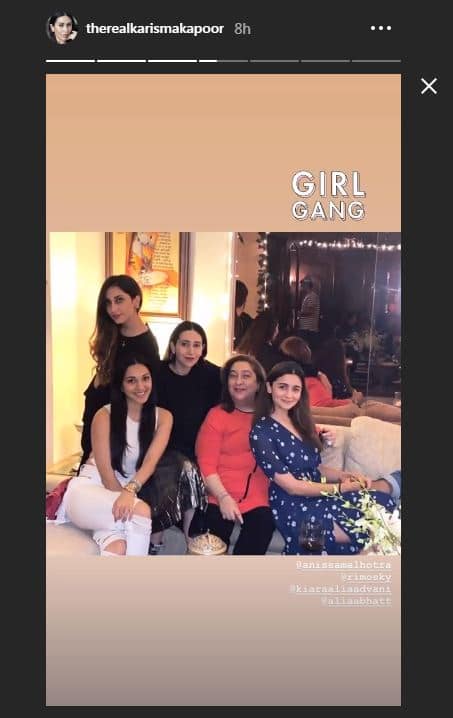 Ranbir and Alia were snapped at the airport soon after Amaan's bash. They were headed to Manali to complete the shoot of their upcoming film Brahamastra.

Meanwhile, Armaan got engaged to his long-time girlfriend Anissa Malhotra this year. Announcing it on Instagram, Armaan wrote, "The moment I eagerly waited for since the last 7 years finally arrived... the moment in my life where I felt the most nervous... when I think of my first school exam or my first shot in front of the camera it was nothing compared to the butterflies I had in my stomach when you walked in, every sensation went numb... Everything I rehearsed flew out of my mind..."

Armaan also called her the woman of his dreams and wrote, "My Armaan was to be with my Anissa forever and you said YES. I cannot wait to spend the rest of my life with you... Love you."