He not only has an ocean of fan following loving him and praying for his good health every day but also generations appreciating his impressive body of work. 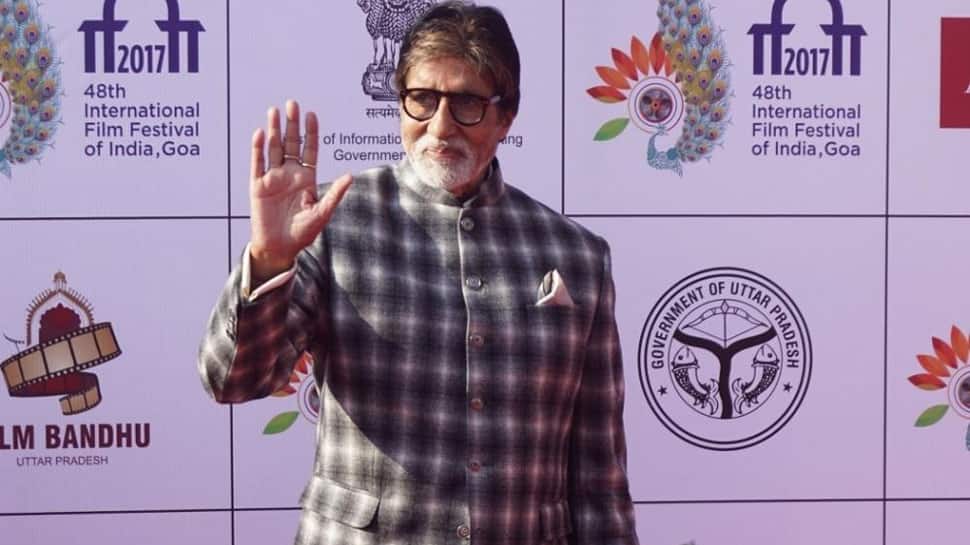 'Hum jahan khade ho jaate hain, line wahi se shuru hoti hain' defines the 77-year-old towering personality in Indian cinema—megastar Amitabh Bachchan. He not only has an ocean of fan following loving him and praying for his good health every day but also generations appreciating his impressive body of work.

The iconic celebrity, the country has ever seen—Bachchan is not just a surname but a brand which Big B has made larger-than-life in these glorious 50 years and counting.

He made his debut in 1969 with 'Saat Hindustani' and in the same year was seen in 'Bhuvan Shome'. He went on to star several films which tanked at the Box Office initially. But with movies like Zanjeer, Deewaar and Sholay, Anand, Reshma Aur Shera, Bombay to Goa, Abhimaan, Namak Haraam amongst various others, Bachchan emerged as the numero uno 'angry young man' of Hindi cinema.

He impressed the viewers with a baritone to die for and an acting style which inspired many wanting to be like Bachchan. His film trajectory included romantic, action, comedy-drama—he aced every genre like a boss.

Hailed as the 'Star of the Millennium', Big B has been working in movies for about 5 decades successfully.

His dominance during the 70-80s was such that once the French director François Truffaut called him a 'one-man industry'. In fact, even in Hollywood, Bachchan senior is seen as one of the most influential actors in Indian cinema.

Big B has been honoured with four National Awards in the Best Actor category.

He has been awarded with the Dadasaheb Phalke Award as lifetime achievement award.

He holds as many as 15 Filmfare awards and remains the most nominated actor ever in acting category at the Filmfare awards. Bachchan holds 41 nominations so far.

Kaun Banega Crorepati is today synonymous with Amitabh Bachchan. He first hosted it in 2000.

Big B received the Knight of the Legion of Honour in 2007 for his exceptional career in the world of cinema and beyond by the Government of France.

He was seen in the Hollywood movie ' The Great Gatsby' which released in 2013.

He rose as the 'Angry Young Man' with Prakash Mehra's 'Zanjeer'. The story was by Salim Khan and screenplay by Salim-Javed.

After his political stint from 1984-87, Bachchan returned to celluloid as the 'Shahenshah'.

The usher of Millenium introduced Big B in a new avatar. With films like Mohabbatein, Kabhi Khushi Kabhie Gham and Baghban -- the megastar won many hearts with his powerful acting prowess. The characters he played on-screen earned rave reviews by critics.

He hosted reality show 'Bigg Boss season 3' and was loved by fans.

Besides acting, Bachchan also did voice-overs for several movies.

He has been actively involved in humanitarian work. He was the UNICEF goodwill ambassador for the polio Eradication Campaign in India in 2002.

He donated ₹1.1 million to the Maharashtra Police Welfare Fund in 2013.

Big B was the face of the 'Save Our Tigers' campaign that promoted the importance of tiger conservation in India.

He was named "Hottest Vegetarian" by PETA India in 2012.

He won the title of "Asia's Sexiest Vegetarian" in a contest poll run by PETA Asia.

In June 2000, he became the first living Asian to have been modelled in wax at London's Madame Tussauds Wax Museum.

The milestones are endless as Big B continues to take up challenges and bend his boundaries to set an example for future generations.

Thank you for the movies and yes we are still counting...