Actress Bipasha Basu may be keeping herself from Bollywood mainstream films for some time now. However, that doesn't stop the girl from being in limelight. Bipasha and her husband Karan are having the time of her life on tropical paradise - Maldives and the couple has been sharing their scintillating photos on social media. 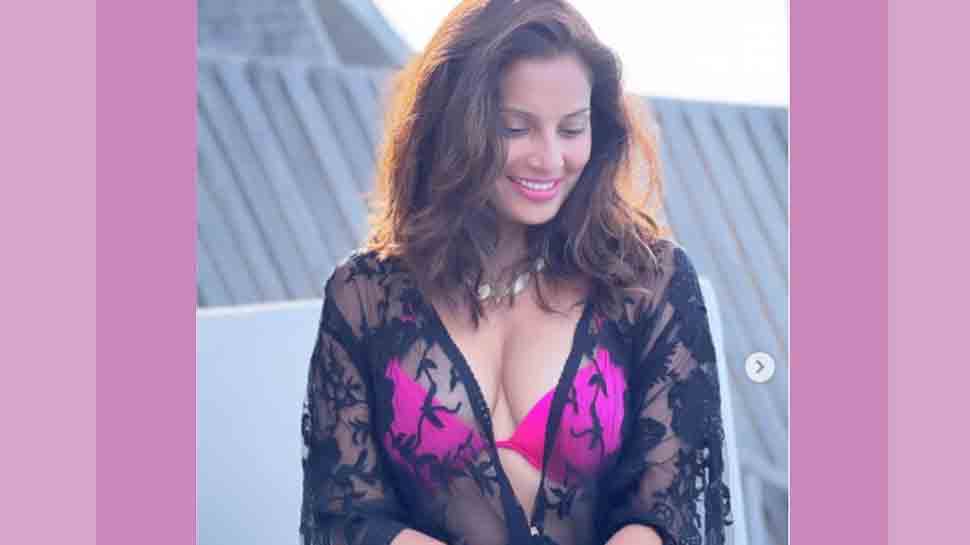 NEW DELHI: Bollywood bombshell Bipasha Basu recently jetted off to Maldives to celebrate the birthday of her husband and actor Karan Singh Grover. The couple, who has returned from the tropical paradise, have been teasing their fans with pictures and videos from their island life. In fact, Bipasha's Instagram account is filled with her photos in bikini, swimsuits which she teamed with semi-sheer shrugs.

It would not be wrong to say that Bipasha, who had a time of her life on the beautiful celebrity-favourite island, has been painting the town blue with her hot pictures from the seaside. She has uploaded a bunch of beautiful pictures from her trip to the Maldives and fans are loving every minute of it.

In one of the pictures, she is seen soaking in the Maldives sun in a black bikini while relaxing in a swimming pool. Another picture, she is seen coyly looking away from the camera while wearing a pink bikini with a black lacey cover-up. The gorgeous bikini pictures have certainly sent temperatures soaring high!

Bipasha also disclosed her love for cycling as she can be seen pedalling on a scenic forested path in a few videos she shared with her fans. "And some more cycling. Love cycling..thinking I should start cycling in Mumbai too," her caption read.

Take a look at some of her stunning pictures below:

The 'Raaz' girl also shared a funny video of her husband Karan where he is seen soaking up the sun before it gets 'too hot for him to handle'. She captioned the video, "Monkey on fire."

For the unversed, Bipasha and Karan met met on the sets of their film 'Alone' (2015) and felt a connection soon after. After dating for a while, the two got married in April 2016 after Grover proposed to his ladylove during their trip to Koi Samui. Both have finally settled down and found true love in each other after their past heartbreaks.

On the work front, Bipasha and Karan were last together in a crime drama web series 'Dangerous' in 2020. Karan will soon be seen in the web series 'Qubool Hai 2.0', which is a reboot of the 2012 Zee TV soap opera 'Qubool Hai'.