Bollywood stars at their funniest for #BalaChallenge

Bollywood`s `Khiladi`who surprised his fans by dancing like crazy on the latest peppy track `Bala...Shaitaan Ka Saala` from his upcoming film `Housefull 4` challenged his friends and fans to perform the signature step as part of #Balachallenge. 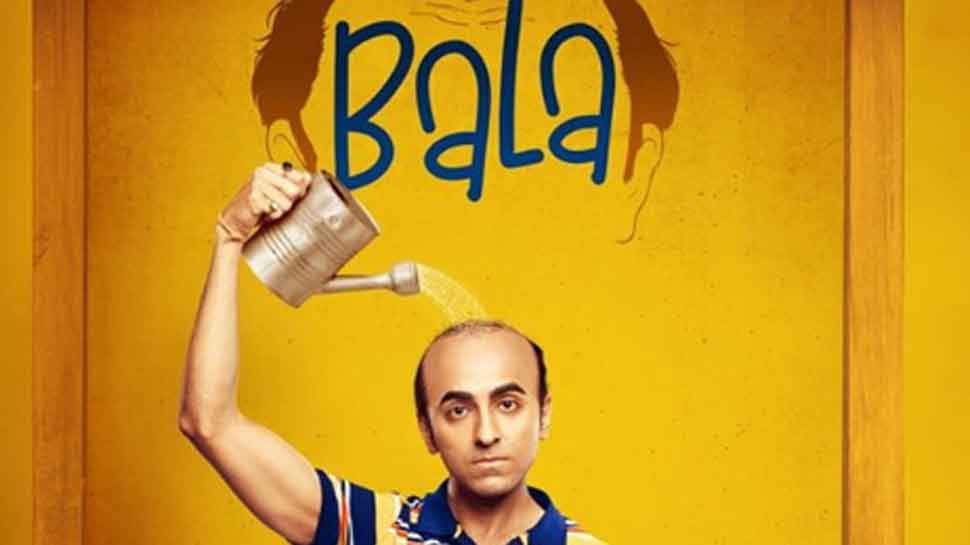 New Delhi: As soon as news of Akshay Kumar`s Bala challenge surfaced the internet, scores of celebrities stormed social media with their funniest moves to complete the task.

Bollywood`s `Khiladi` who surprised his fans by dancing like crazy on the latest peppy track `Bala...Shaitaan Ka Saala` from his upcoming film `Housefull 4` challenged his friends and fans to perform the signature step as part of #Balachallenge.

Since then, fans are going gaga over the actor`s signature dance moves and have flooded the Internet with their hilarious dance steps.

The latest one to join was singer Vishal Dadlani who has also crooned the party number. Singer Neeti Mohan shared the amazing video on her Twitter handle which seems to be from the recording session.

In the video, Vishal starts dancing on the track and later Mukti and Shakti Mohan join him to complete the challenge. The crazy video is garnering several likes on the micro-blogging website.

Apart from the singer, another one to join the bandwagon is Varun Dhawan who also tried to complete the challenge on the sets of `Coolie No 1.`Varun shared a video on Twitter from the sets of his upcoming in which he is grooving to the peppy track with choreographer Ganesh Acharya."This how I go to set every day with #masterji. Kya step hain. Best of luck to Bala," he tweeted.

Ayushmann Khurrana, who will also be seen playing the role of a bald man in his upcoming film `Bala,` also shared a video in which he is seen dancing on the song with several background dancers.

Last week, Akshay shared a video with the star cast of his upcoming film `Good News` including Kareena Kapoor Khan, Kiara Advani and Diljit Dosanjh where the four of them were spotted celebrating their upcoming film while doing the #BalaChallenge.