Boney Kapoor gets emotional while talking about wife Sridevi, says forgetting her is impossible

Legendary actress Sridevi passed away at age of 54 due to accidental drowning in a Dubai hotel on February 24, 2018 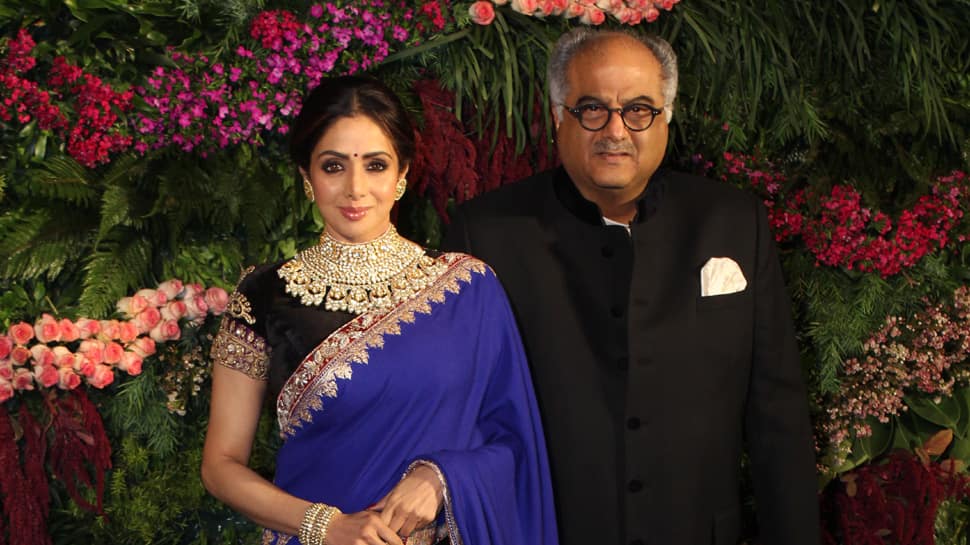 New Delhi: Bollywood actress Sridevi's death shocked the nation a year ago and her family hasn't been able to come to terms with it till date. During an interview recently, her husband Boney Kapoor broke down while remembering her.

Film critic and trade analyst Komal Nahta shared a teaser of his new show in which can be seen talking about Sridevi with Boney Kapoor. On being asked if there is a moment in which he doesn't miss Sridevi, Boney is seen trying hard to control his tears. “Namumkin hai (it’s impossible), " He said.

Boney was also seen talking about having a support system at home. "If you don't have support at home, by at home I mean your wife, with that support you can fight anything," he said.

Legendary actress Sridevi passed away at age of 54 due to accidental drowning in a Dubai hotel on February 24, 2018. Her sudden death left family, friends and thousands of fans in a state of shock.

She started her Bollywood journey as a lead actor in 1978's "Solva Sawan" and followed by a number of commercial hits, such as Himmatwala, Mawaali, Tohfa, Mr India, Chandni, Lamhe, Nagina and Khuda Gawah among several others.