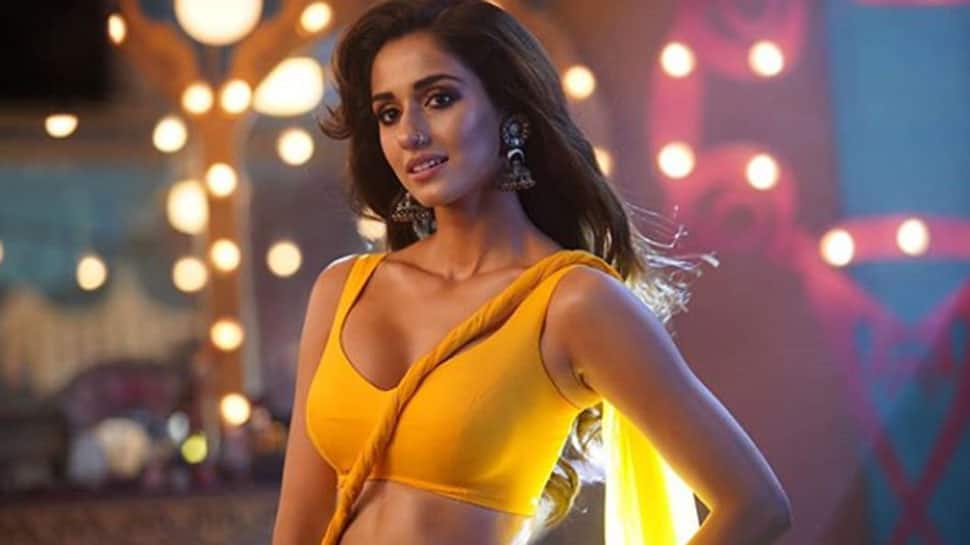 New Delhi: Bollywood hottie Disha Patani is a famous celebrity on social media—all thanks to her massive fan following who eagerly wait for her fresh posts and updates. The young and happening actress also makes sure to keep her fan army in a happy space.

The 'Bharat' actress recently posted two fresh stills from the Salman Khan starrer which reveal her on-screen character in the film. She plays a girl named Radha in the Ali Abbas Zafar directorial who is a trapeze artist in a circus.

Check out her mind-blowing photos:

In one of the pictures, she oozes oomph in the yellow modern-style saree which is a still from the song 'Slow Motion'. And in the other one, Disha is seen as a trapeze artist.

Disha is a fitness freak and has an hour-glass figure to die for. She regularly works out at the gym and her washboard abs are solid proof of it. Much like her rumoured boyfriend Tiger Shroff, Disha too keeps herself fit and manages to look fab in all her outings.

Although the two have not really spoken about their relationship status in public yet the buzz is strong that they are dating each other. The duo is often spotted hanging out with each other at popular restaurants.

It stars Katrina Kaif in the lead opposite Salman.