Disha Patani was recently snapped at the Mumbai airport and was seen wearing a white top with black joggers. 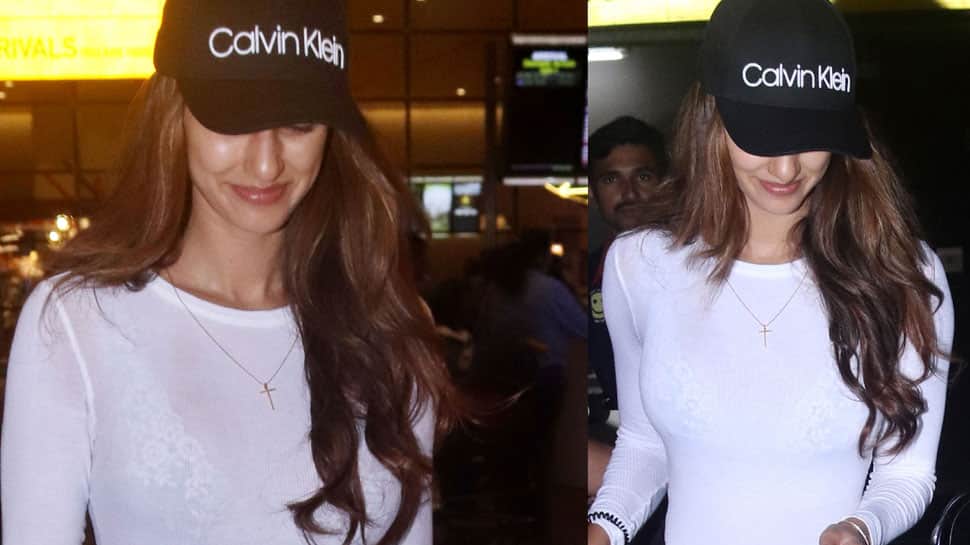 New Delhi: The gorgeous Disha Patani makes heads turn whenever she is spotted in public. She is a rage on social media and her pictures go viral instantaneously. The stunner has an ocean of fans and has over 22 million followers on social media platform Instagram.

Disha was recently snapped at the Mumbai airport and was seen wearing a white top with black joggers. She completed her outfit with a black cap and white shoes.

She is known to be a fitness freak and often posts workout videos on social media, leaving fans inspired. It is the result of her hard work that she is blessed with a perfectly toned body and washboard abs.

On the work front, she gave an impressive performance in 'Bharat'. The film starred Salman Khan and Katrina Kaif in lead roles and Disha played a trapeze artist named Radha.

She will next star alongside Anil Kapoor, Kunal Kemmu and Aditya Roy Kapur in 'Malang'. The film is being directed by Mohit Suri and is scheduled to release on the occasion of Valentine's Day next year.

Priyanka Chopra's pool pics will give you major weekend vibes!