In the latest video, Rhea Chakraborty is seen recording it on her mobile phone. Sushant Singh appears sick and upset in this video as expressions on his face are changing rapidly, and he looks helpless. 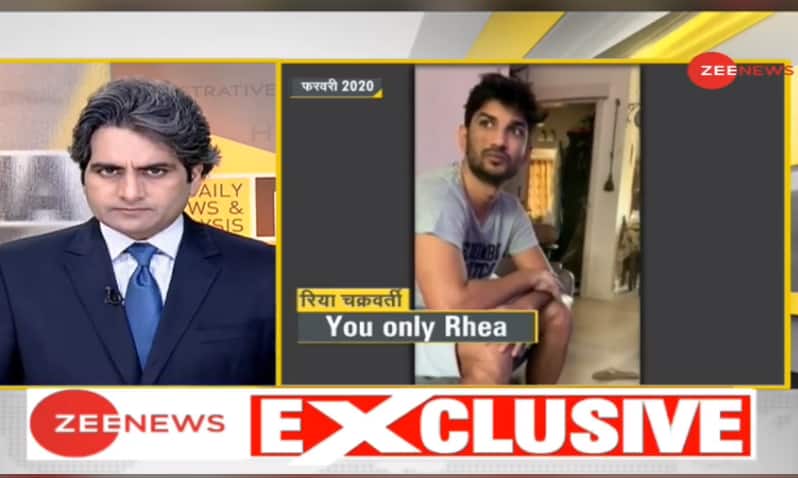 New Delhi: In Sushant Singh Rajput`s death case, the DNA report on Tuesday showed you two unseen videos of the actor to inform you about his state of mind. The unseen videos were shot in February this year. Today, we will show you another video which has probably been recorded at Rhea Chakraborty's house in Mumbai.

In the latest video, Rhea Chakraborty is seen recording it on her mobile phone. Sushant Singh appears sick and upset in this video as expressions on his face are changing rapidly, and he looks helpless.

Notably, Rhea Chakraborty's father Lt. Col. Indrajit Chakraborty is also a doctor. In 1988, he received a degree from the famous Armed Forces Medical College, Pune. He has retired from the Indian Army, after serving as a doctor for a long time. 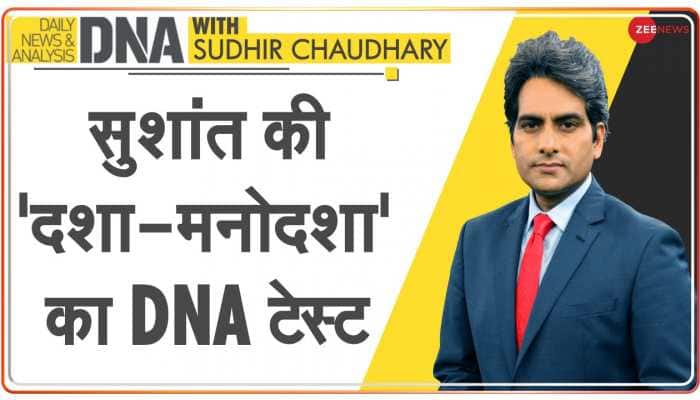 These videos raise a question on the role of Rhea Chakraborty's father as to how he failed to assess the condition of Sushant Singh Rajput despite being a doctor. Why did he not help Sushant Singh? As a doctor, he should have immediately admitted Sushant to some hospital, but he was perhaps apathetic to the actor's health.

In the first video showed yesterday, Sushant did not appear to be fully conscious, rather looks intoxicated. The woman asking questions to him is no doubt, Rhea Chakraborty. Sushant Singh Rajput is seen holding a book in his hands. The book 'Loaded', authored by Sarah Newcomb, is based on the philosophy of moving forward while retaining values ​​in life.

In the second video, Sushant was seen talking to two persons, and of them is apparently Rhea Chakraborty. These videos showed a poor image of the actor who in reel life played the role of iconic characters.

The private videos of Sushant Singh Rajput shown by DNA have invited a plethora of reaction. Some people have expressed their anger as they feel the videos would help Rhea Chakraborty, while others stated that it was not right to show Sushant's personal moments.

The DNA report, however, wants to remind you about the stand Zee News took while taking the cause of Sushant Singh Rajput.

1. Firstly, you should not forget that we refused to interview Rhea Chakraborty to show her in a positive spirit. Her lawyers had contacted us with the condition that we should conduct an interview with favouring Rhea.

2. Secondly, we showed all the private videos of Sushant Singh after the arrest of Rhea Chakraborty despite having them in our possession. By doing this, we decided not to extend any advantage to Rhea's lawyers.

3. Thirdly, we have been constantly demanding that Rhea Chakraborty should be arrested. We also told you a day ahead that she would be arrested in our DNA report on Monday.

The case of Sushant Singh Rajput involves the interests of big people. This includes powerful people not only from the film industry but also from the drug mafia. The matter appears to have a link with the politics of Maharashtra as well as the country.

The real culprits behind Sushant's appear to be so powerful that they knew how to use even the media in their favour.

We will now tell you the effect of these private videos shown on the Zee News. The 5 big points are:

1. After watching the new videos of Sushant Singh Rajput, for the first time, people are saying why was Rhea Chakraborty making these videos? What could be her motive in making such videos when Sushant's condition was not normal.

2. When Rhea Chakraborty is making these videos, she has deliberately tried to show her a positive role. That is why probably she sounds talking nicely in the videos.

3. Rhea Chakraborty's role is now being questioned for initially giving drugs to Sushant to reach this stage, and then making his videos to have proofs.

4. It is being asked if Sushant Singh Rajput was so ill, why was Rhea Chakraborty giving him drugs. She knew it well that Sushant was under medication for depression. Taking drugs with medicines for depression was no doubt fatal.

5. If Sushant's condition was so bad then why did Rhea Chakraborty not get him admitted to a hospital? Prior to leaving him, why did she not inform Sushant's family about his condition?

Notably, Rhea Chakraborty, who was arrested in a drug case linked with actor Sushant Singh`s death and was later sent to the custody of NCB till September 22, on Wednesday submitted a bail application in Mumbai's local court, claiming that she was being falsely implicated in the case.

Her lawyer Satish Maneshinde stated that hearing in the bail applications of Rhea and her brother Showik, who was also arrested in the same case, will be held on September 10.