In a video that has been trending on the internet, Kareena is seen obliging her little fans for a picture while Taimur and Saif play like nobody's watching. 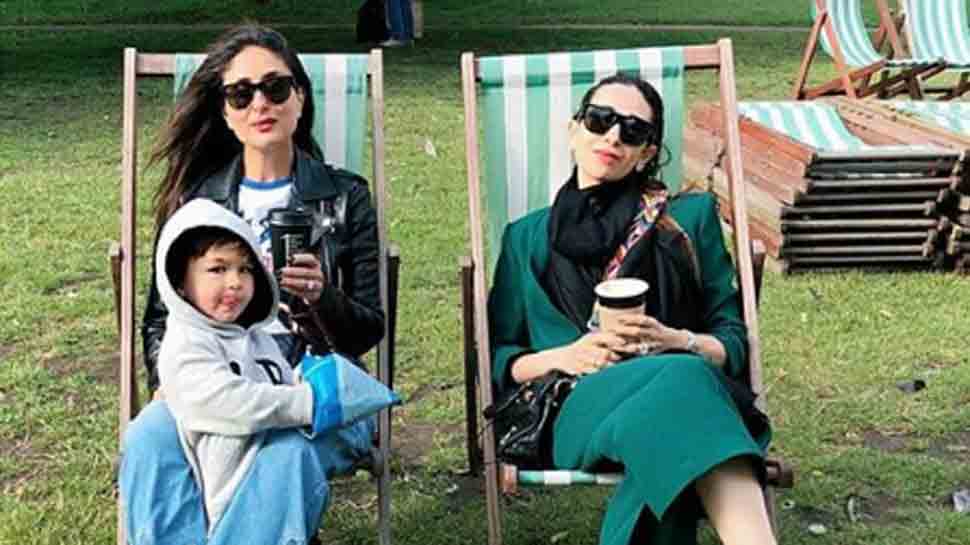 New Delhi: Kareena Kapoor Khan, who is currently shooting for next project 'Angrezi Medium' in London, surprised everyone when her stylish cop avatar look from the film came out. Bebo will be seen in a never seen before avatar in 'Angrezi Medium, which also features Irrfan Khan, and her fans can't hold their excitement.

Pictures of the actress dressed up as a cop trended on the internet for several days which left everyone gushing over how no one else could do it like Bebo.

In the meantime, Bebo is also having the best of her personal space in a foreign land and the latest video is proof.

In the video, Kareena, dressed in a white outfit, is seen posing with two young girls. But it was her little bundle of joy Taimur Ali Khan aka Tim Tim, who stole all the limelight in the video. As Kareena is seen posing with two young girls, an overjoyed Taimur comes running into his doting dad's arms. After the picture was taken, Kareena immediately turned to Taimur and caressed his hair.

The video has since gone viral on social media and has been widely shared by several fan clubs.

Kareena poses with some lucky fans and Taimur is overjoyed in the background pic.twitter.com/Nfg3dHDeU2

It is to be noted that the entire Pataudi family is currently in London. While Kareena has been shooting for 'Angrezi Medium', Saif has also begun filming 'Jawaani Jaaneman' with debutante Alaia Furniturewalla.