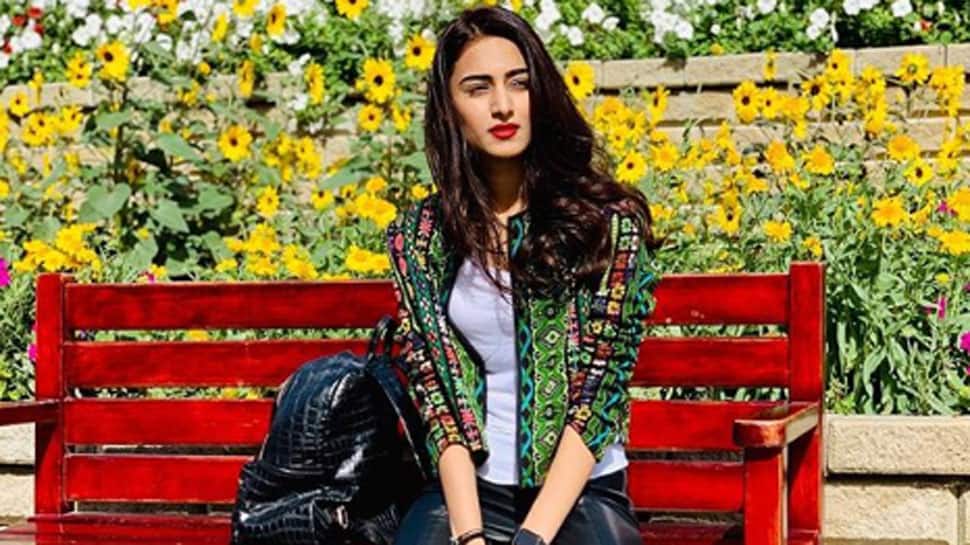 The Balaji Telefilms' backed serial stars Erica Fernandes and Parth Samthaan playing the lead roles. Thanks to the show, they are now the new fan favourites.

Erica, who plays Prerna Sharma on the show shared a smouldering picture of hers on Instagram with a caption: “I am an odd combination of “Really Sweet” and “Dont Mess With Me” #kasautiizindagiikay #ejf #quotes #strongwomen #prernasharma @poojabanerjeee.”

The picture has been clicked by co-star Pooja Banerjee, who plays Nivedita Basu Sengupta on the show.

Erica looks super amazing in the click. A few days back, the 'Kasautii...' girls—Hina Khan, who plays Komolika on the show, Erica and Pooja had great pool time and shared pictures on social media, sending fans into a tizzy.

Recently she won the Kalakar Award for Most Popular Actress and the Indian Telly Award for Best Onscreen Jodi Popular.