Malaika Arora is an avid social media user and often posts deets from her life to keep fans updated. 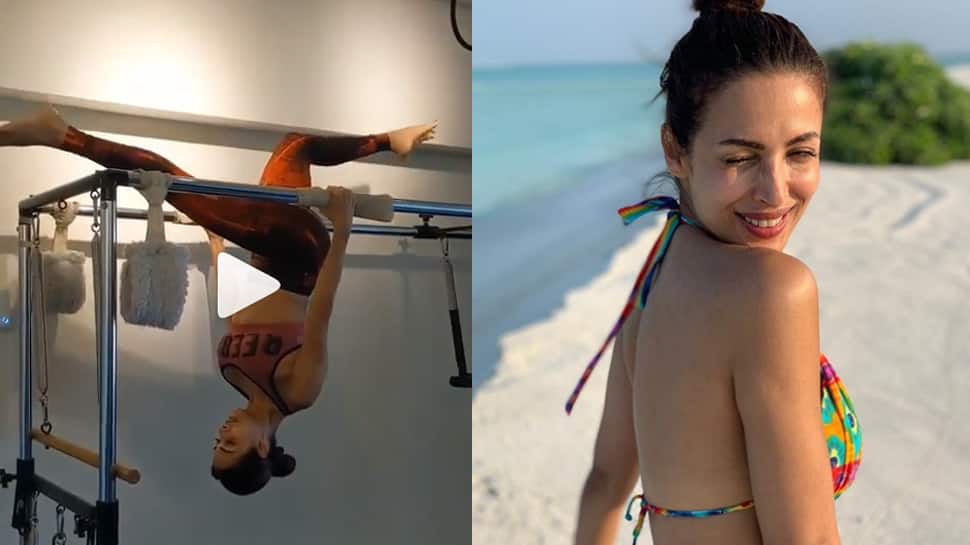 New Delhi: Bollywood actress Malaika Arora is aging like fine wine! The diva is often spotted outside her gym and works hard on maintaining her perfectly toned body. After all, you don't get those washboard abs without some hustle. She has an ocean of fans and her pictures often go viral.

The stunning actress is an avid social media user and often posts deets from her life to keep fans updated.

In her latest Instagram post, Malaika is giving major fitness goals during her workout session. The video is captioned as, “#midweekmotivation .... look Wat u made me do ....... @samsmith @namratapurohit @reebokindia”

Did that make your jaw drop?

This isn't the first time that Malaika has shared a workout video. She is a regular at inspiring her fans to adapt to a healthy and fit lifestyle.

Her personal life is also under the scanner these days because of her bonding with actor Arjun Kapoor. The duo hasn't admitted to dating each other 'officially' but their friends from the industry have indirectly confirmed that they are indeed together. In fact, in an earlier interview with DNA, Arjun had admitted that Malaika is indeed 'special'.

Reports of their wedding were also doing rounds but looks like we will have to wait for a long time to see the two take things to that level.

These pictures of Disha Patani and Tiger Shroff twinning in white are too cute to miss!