Arjun and Malaika are going pretty strong on their personal front 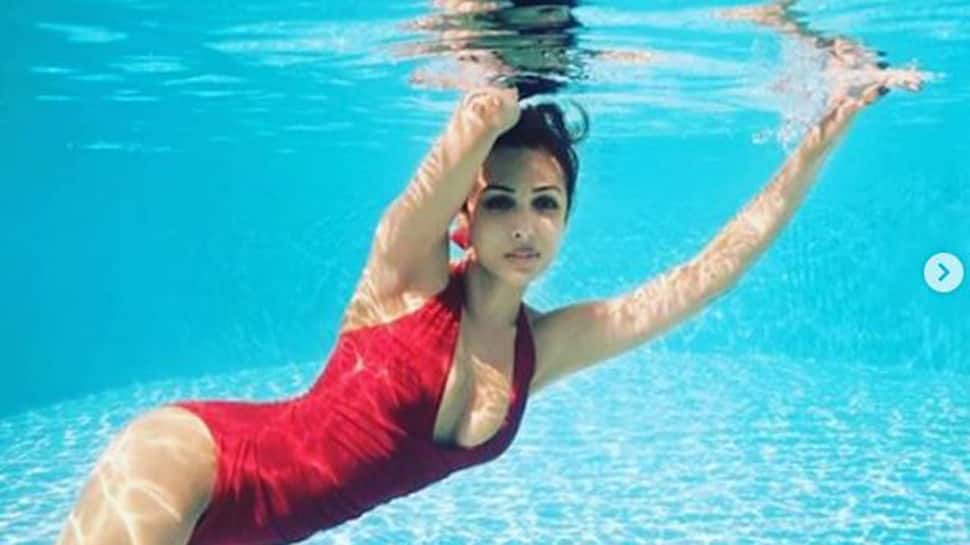 New Delhi: Actress Malaika Arora, who was holidaying in the Maldives with her rumored boyfriend Arjun Kapoor, took to Instagram to share yet another hot and happening picture.

Malaika, who has been treating her fans with various touristy pictures from the Maldives, shared a picture in a red hot swimsuit. She captioned it, "SUMMER IS HERE.”

SUMMER IS HERE ... time to grab our latest in swimwear @thelabellife n dive right in n cool off.....MAKE A SPLASH!!!!!

Although none of Malaika's pictures from her holidays featured Arjun Kapoor, they were clicked together at the airport which confirmed the rumors that they were vacationing together. Later, Arjun also shared his pics which were taken at the Maldives.

If reports are to be believed Arjun and Malaika will tie the knot in a private Church ceremony in April. However, Arjun’s father and producer Boney Kapoor denied the rumors recently during an interview with Amar Ujala. “There’s no truth to these rumors, " he told the daily.

Arjun and Malaika are going pretty strong on their personal front. Although they haven't made their relationship officials, their joint appearances are the testimony to the fact that they are happily in a relationship.

On the work front, Arjun, whose last outing Namaste England bombed at the Box Office, is prepping up for his role in Panipat. The actor even shaved his head to fulfill the requirement of his character.

The film is scheduled to hit the screens this year.

They cannot deter us: Vivek on Modi biopic delay