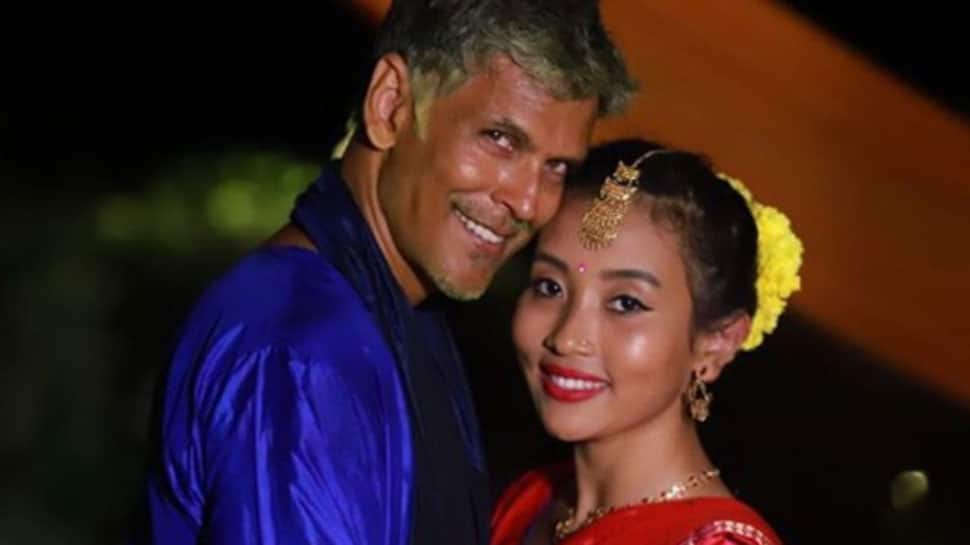 Milind, 53, and Ankita, 28, tied the knot in 2018. Their relationship raised eyebrows because he is over 20 years older than her. The celebrity couple addressed the issue when they appeared in an advertisement together.

In the ad, which comes with a message to celebrate love, the couple reads out some of the comments they had received online.

Milind read "Ankita should call him Papaji", to which he replied, "She does sometimes" with a wink. Ankita laughed after hearing her husband's response.

Some comments called Milind an "old man marrying a young lady" and some called Ankita a "gold digger".

"If you are with somebody that probably the whole society is really, really happy with but you are not happy, then what is the point?," said Ankita in the video.

"There is a big age difference. So it is the difference between my age and my mother's age," Milind pointed out, adding: "I don't know what it was, what it is, whatever it is, I love it."

He concluded the video with a message.

"Conventionally, society has created these barriers for people when they fall in love. These are the people who should be together, these are the people who should get together. Those are based on many things -- race, religion, country, gender…I think there should not be any barriers. I think everybody should be free to choose who they love and who they like and that should be based just on feelings that they have in the heart, it should have nothing to do with the society, or any other consideration," Milind said.

I will always be Lata Mangeshkar's junior: Ranu Mondal