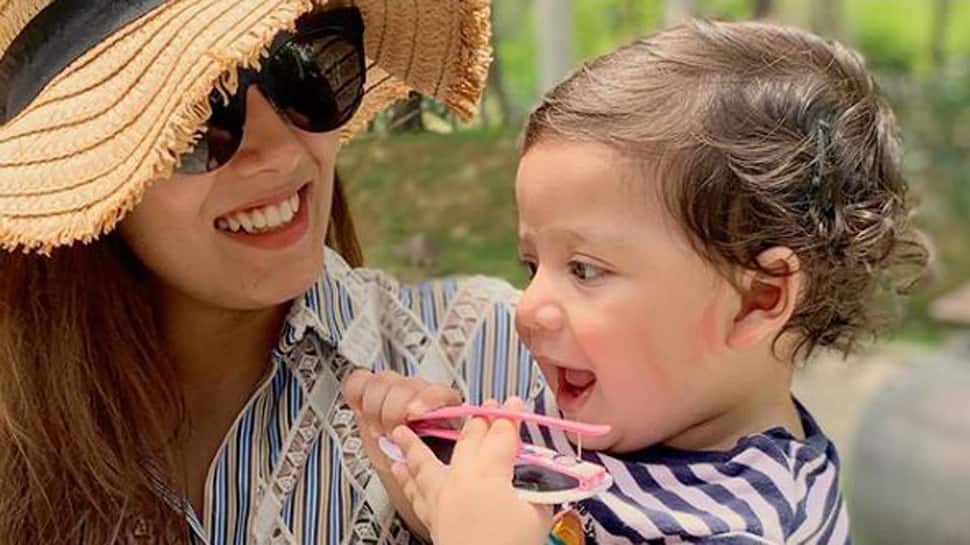 Sharing the picture, Mira wrote, "Try and find Zain without a kissie patch.. Happy Birthday to my world #bigbabyboy."

In the picture, Mira can be seen in a printed shirt and has paired with a hat and sunglasses while little Zain looks adorable in a printed T-shirt. He has a lot of lipstick marks on his cheeks.

Ishaan Khatter was quick to call him, "Zizi bear."

Shahid and Mira welcomed their little munchkin Zain on September 5, 2018. They had announced his arrival on Instagram by sharing a picture of their elder daughter Misha with 'Big sister' written over it.

On the work front, Shahid Kapoor is prepping hard for his role in Kabir Singh after the debacle of Batti Gul Meter Chalu. The film is a remake of Telugu film Arjun Reddy which starred Vijay Deverakonda in the lead role. Kabir Singh, helmed by Sandeep Vanga, is all set to hit the theatres on June 21, 2019.

Shibani Dandekar is the one Farhan Akhtar 'wants' and he's all hearts about it!