One country, one law needed for entire nation: Ekta Kapoor

Producer Ekta Kapoor, whose web series "Haq Se" was set in Jammu and Kashmir, feels the Government's decision to scrap Article 370 in that state is welcome, because there should be a 'one country one law' policy for all of India. 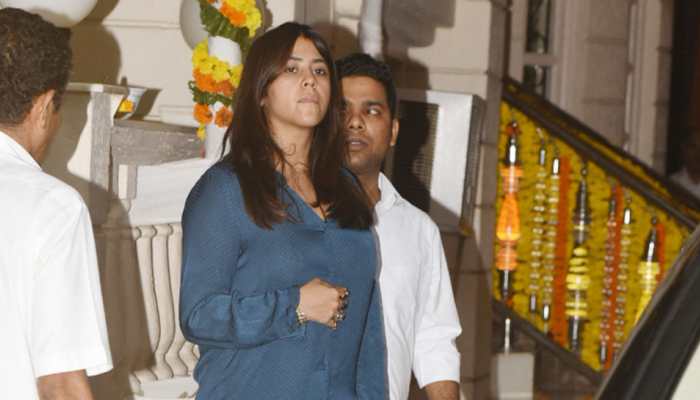 Mumbai: Producer Ekta Kapoor, whose web series "Haq Se" was set in Jammu and Kashmir, feels the Government's decision to scrap Article 370 in that state is welcome, because there should be a 'one country one law' policy for all of India.

"I look at this way -- as I am living in this country and I feel we should adopt the 'one country one law' policy," Ekta said, when asked for her view on the scrapping of article 370.

Ekta was interacting with the media at the trailer launch of two forthcoming web series -- "Coldd Lassi Aur Chicken Masala" and "M.O.M: Mission Over Mars", on Saturday in Mumbai.

Her web series "Haq Se" starred Rajeev Khandelwal, Surveen Chawla and Parul Gulati, and revolved around four blood-bound sisters with four passionate dreams. The modernday story of dreams, desires, love, war and the eternal pursuit of happiness is set against the breathtaking beackdrop and the unsettling unrest of Kashmir.

"Haq Se" raised issues such as justice, equality and women empowerment in Jammu and Kashmir, and Ekta was asked if she is will produce another season of the show. "We are doing a second season, and in the second season we will raise more issues," she replied.

Would she highlight the abrogation of Article 370 in the new season of "Haq Se"?

"We have already completed writing the second season and we are going to start shooting soon. So, I cannot be bringing in the issue but we plan to make a small insertion (on the subject) in the script," she replied.

There were reports that Ekta Kapoor and actress Divyanka Tripathi weren't on good terms with each other while working on "Coldd Lassi Aur Chicken Masala". Ekta retorted, when the topic was raised: "I hear a thousand such stories every day. I feel people shouldn't listen to everything. All of you (the media) saw us on stage so, do I need to answer anything about it?"