The original 'Desi Girl' Priyanka Chopra is making the most of her exotic holidays with Nick Jonas and the Jonas Brothers, Joe and Kevin. 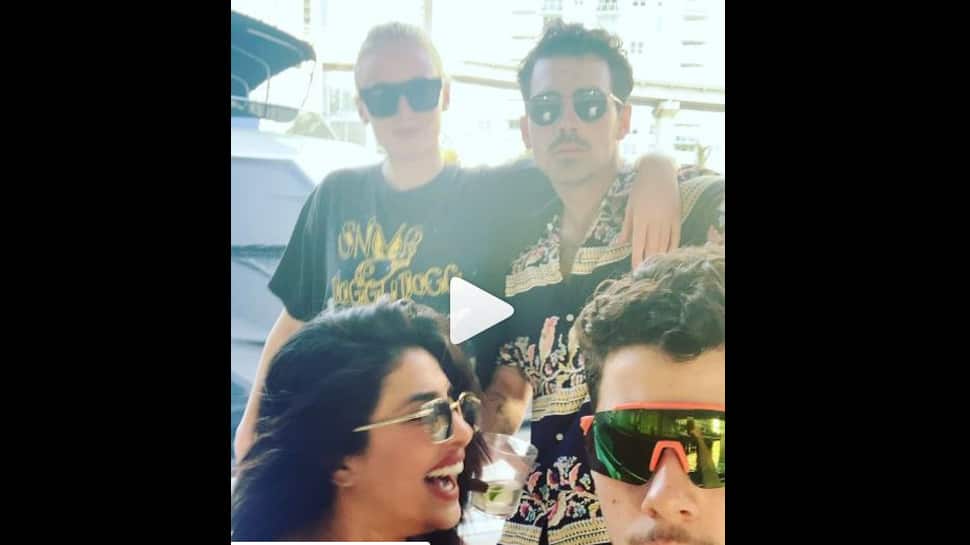 New Delhi: The original 'Desi Girl' Priyanka Chopra is making the most of her exotic holidays with Nick Jonas and the Jonas Brothers, Joe and Kevin.

PeeCee, who is holidaying in Miami, made her husband Nick Jonas and his brothers Joe, Kevin and Sophie Turner groove to popular Bollywood song 'Tareefan' from Veere Di Wedding. The actress took to Instagram to share the fun video. She captioned it, "Verified
When Bollywood music kicks in.. #tareefan #kareenakapoor @sonamkapoor  @nickjonas @joejonas @sophiet."

The original song features Kareena Kapoor Khan, Sonam Kapoor, Swara Bhaskar and Shikha Talsania. Reacting to video, Sonam wrote, "Waah PeeCee" and Rhea Kapoor too couldn't stop gushing over it. We wonder how Kareena would react to the video.

Kareena and Priyanka's equation has evolved over the years. The two superstar actresses, who were once at loggerheads, appeared on Karan Johar's talk show and the audience couldn't stop gushing over their camaraderie. The actresses also talked about their common ex-Shahid Kapoor.

On the work front, Priyanka is gearing up for the release of 'The Sky Is Pink' which also stars Farhan Akhtar and Zaira Wasim and has been directed by Shonali Bose. The actress is also in talks with Sanjay Leela Bhansali for a film titled Gangubai. However, there has been no confirmation regarding the same.

The actress was last seen in her husband Nick Jonas' music video 'Sucker' which became an instant hit amongst the fans across the globe.