Just in February 2019, the roka ceremony of Sidharth and Ishita took place in Delhi. 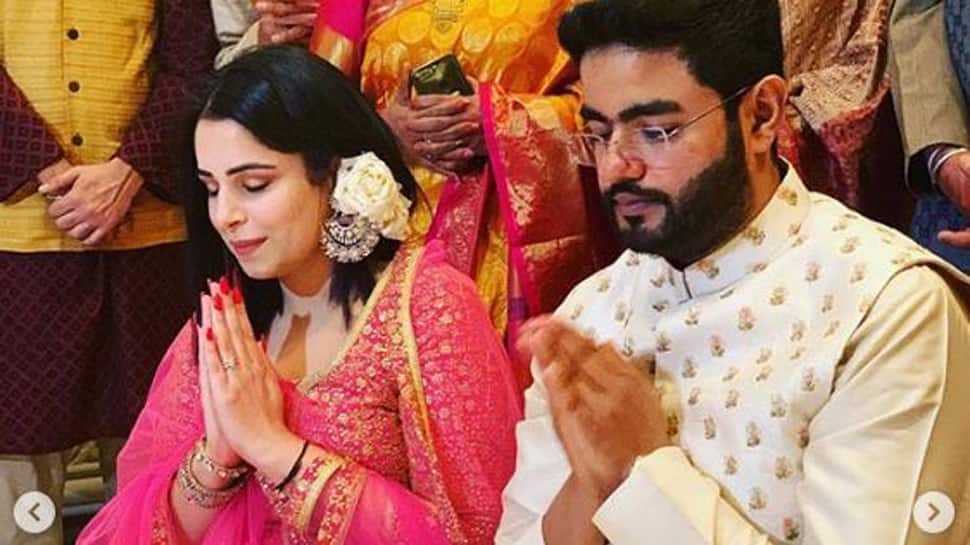 New Delhi: Bollywood actress Priyanka Chopra's mother Madhu Chopra has revealed the reason behind son Siddharth Chopra and Ishita Kumar's split. She had earlier confirmed that the wedding was mutually called off.

Talking about the wedding to Spotboye, Madhu said, "My son Siddharth said he was not ready for marriage yet. He explained he needed more time.”

As per reports, Siddharth and Ishita's wedding was supposed to take place on April 30. The reports claimed that Priyanka had flown from the US to attend her brother's wedding.

Just in February 2019, the roka ceremony of Sidharth and Ishita took place. The event was attended by all the close family members, PeeCee and her husband Nick Jonas.

Priyanka even welcomed Ishita to her family by sharing a heartfelt note on Instagram. She had written, "So proud of my baby brother. Ishita welcome to the family...you are so beautiful together...I wish you both the best for the future! Happy Roka!! @ishittaakumar @siddharthchopra89 ."

Initially, it was being speculated that Siddharth's wedding was postponed due to Ishita's emergency surgery. However, Ishita's cryptic post on Instagram suggesting 'new beginnings' gave rise to suspicion. Ishita even went ahead and deleted all her pictures with Sidharth including her roka ceremony pictures and unfollowed Priyanka and Nick.

Disha Patani raises the heat in a white lingerie-See pic