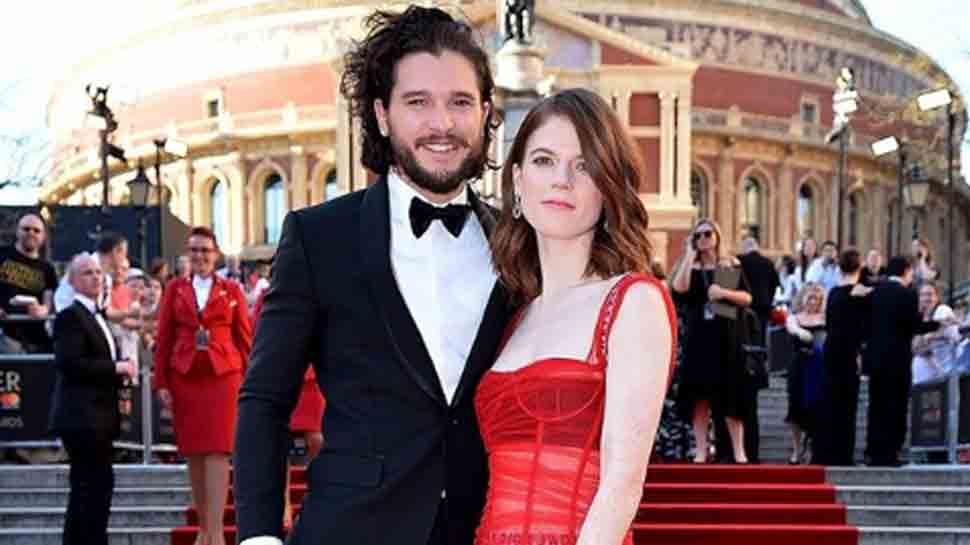 Washington DC: Actor Rose Leslie appeared to be in good spirits amid her husband and actor Kit Harington`s stay at a wellness centre.

Leslie looked beautiful in a blue floral dress and sneakers. She was spotted spending time with her friends at the All Points East music festival at Victoria Park in London over the weekend, reported E! News.

The `Good Fight` actor was seen smiling with her friends, including Carey Mulligan, while watching the performance.Last month, Harington checked into a wellness retreat.

Harington`s rep confirmed to E! News that the `Game of Thrones` actor had checked into the centre to "work on some personal issues.

"The 32-year-old actor has been on a health retreat in Connecticut for about a month. He checked in weeks before the `GoT` final episode aired. Leslie, who starred as Ygritte on `GoT`, is said to be a major support system for her husband during his tough time.

"Rose is very supportive and proud of him for recognising that he needed to take care of himself," a source recently shared with E! News.

"It`s hard to ask for help. She was very encouraging. Seeing Kit struggle was stressful for her, as well. She absolutely agreed that he needed to get some help so that he could feel better," the source added.

Another source close to Harington revealed that he checked into the Connecticut wellness centre because he "felt lost" since `Game of Thrones` ended.

"He has felt lost since the show ended. It was his life for so long and the realisation that it is over has caused a lot of stress and despair," the source shared.

"Figuring out who he is and what is next has really gotten to him....[He] really didn`t know how to cope with the sadness and uncertainty. The show was everything to him," the source added.

Later this month, Harington and Leslie will celebrate their first wedding anniversary. The two tied the knot in a church service near the Wardhill Castle in Aberdeenshire, Scotland, on June 23, 2018.

After a remarkable 8-year-long journey, the final season of `GoT` concluded on 19th May. Harington was associated with the series from the very first episode which featured on HBO back in 2011.