Shraddha Kapoor's photo has been taken in a room amidst snow-capped mountains and the picturesque location will blow your mind away! 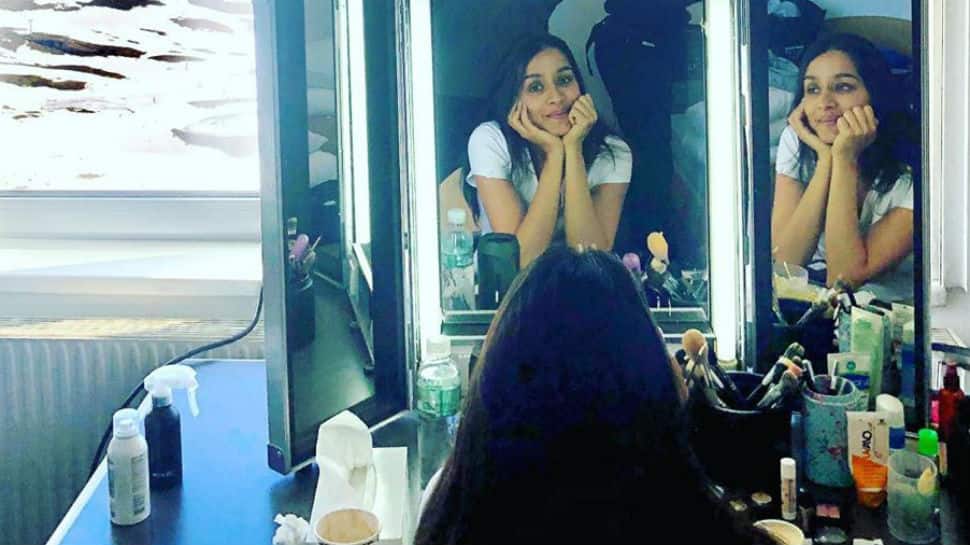 New Delhi: 'Saaho' is keeping Shraddha Kapoor very busy. The actress is currently in Europe to shoot for the next schedule of the film and on Monday, she shared a picture of herself from the sets.

The photo has been taken in a room amidst snow-capped mountains and the picturesque location will blow your mind away! "Up above the world so high," Shraddha captioned the post, adding the hashtags 'Saaho' and 'Europe Sched'.

Take a look at the picture here.

Shraddha has been accompanied by her mother Shivangi Kolhapure to Europe.

'Saaho' is one of the most-awaited films of Shraddha, headlined by Prabhas. The film will release in three languages - Tamil, Telugu and Hindi.

Made on a reported budget of 300 crore, 'Saaho' went on floors in August 2017. Prabhas plays a cop in the film and he will be seen doing some high-octane action sequences. Most of the film was shot in Hyderabad.

Directed by Sujeeth, 'Saaho' hits the screens this Independence Day.