According to media reports, Saifeena has apparently booked two tickets for India vs Australia ICC World Cup match which is scheduled to take place on June 9.

New Delhi: Saif Ali Khan jetted off to London with his wife Kareena Kapoor Khan and son Taimur. The trio were clicked together at the airport as they were all set to take a midnight flight for their destination. And while Saif and Kareena looked absolutely fresh, the little munchkin was seen dozing off as shutterbugs followed them.

The Pataudis stayed in London for a while after which they headed to Tuscany, Italy. Recently, Kareena's manager Poonam Damania shared a bunch of her latest pictures from her holiday and looking at it, we can say that the family is having a gala time in each other's company.

Kareena's manager also treated fans with a selfie of the actress in which she is donning a swimsuit. 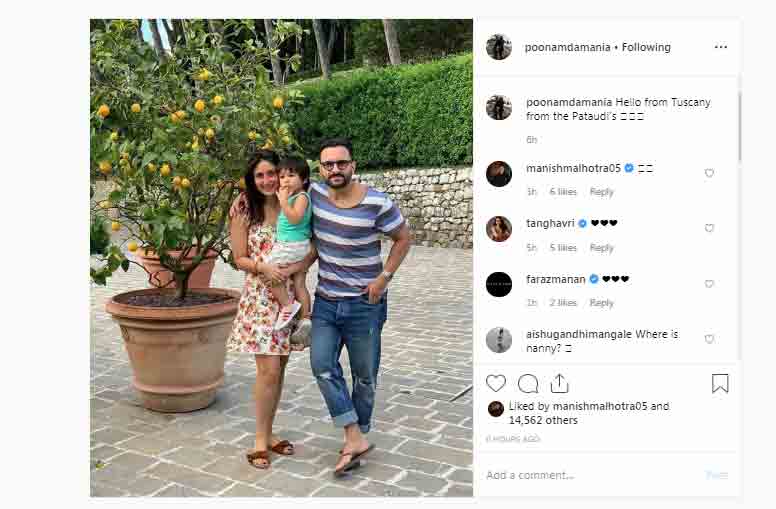 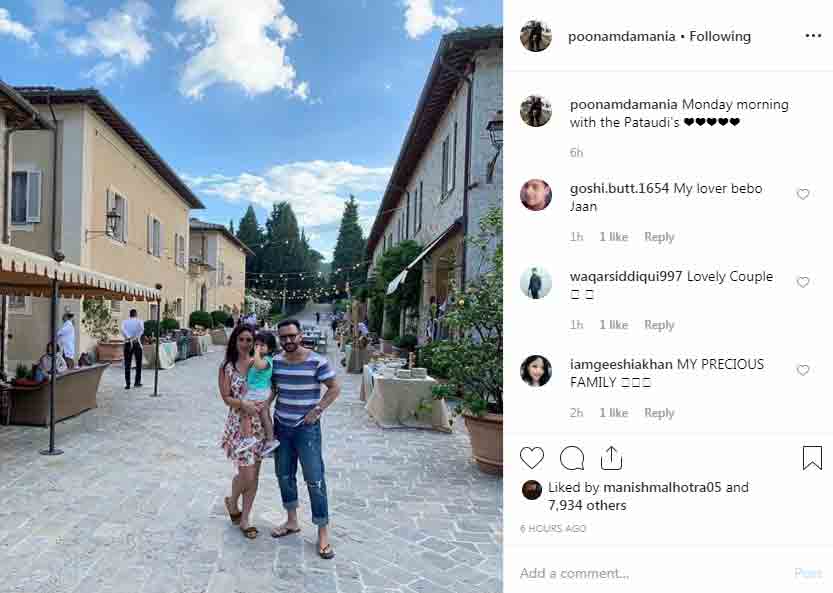 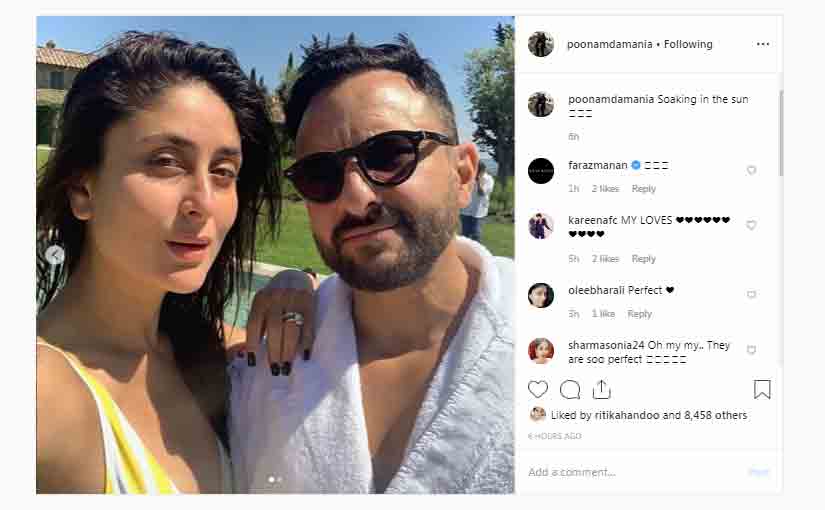 And now, according to media reports, Saifeena, as they are fondly referred as, has apparently booked two tickets for India vs Australia ICC World Cup match, scheduled to take place on June 9. We assume that their little bundle of joy will tag along with them to watch the game.

On the work front, Kareena has wrapped up shooting for 'Good News' and will start working on her television reality dance show - Dance India Dance, once she returns back to the country. Kareena also has Homi Adjania's 'Angrezi Medium' with Irrfan Khan and Radhika Madan, in which she will be seen in a cop-avatar for the film time.

Saif, on the other hand, has finished shooting for 'Lal Kaptan' in which he plays a Naga Sadhu. For now, he has donned a new look for his next 'Jawaani Jaaneman'. He also has 'Sacred Games 2', 'Bhoot Police' and an extended cameo in 'Dil Bechara'.