Sonu Sood takes a dig at Kangana Ranaut, says was ‘upset’ to see own people point fingers at industry

Actor Sonu Sood, who has been in news for all the right reasons, recently in an interview spoke about the allegations of rampant drug use by most actors in the film industry. 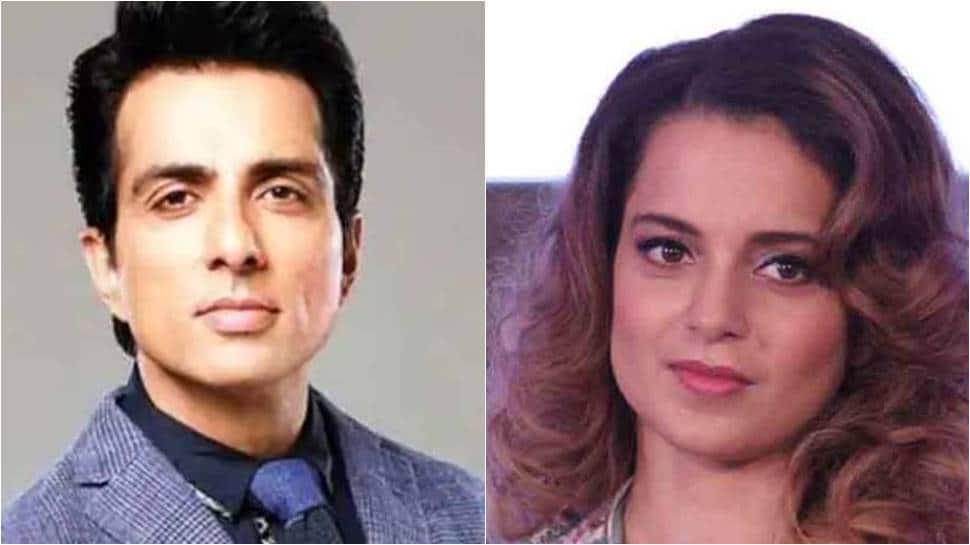 New Delhi: Actor Sonu Sood, who has been in news for all the right reasons, recently in an interview spoke about the allegations of rampant drug use by most actors in the film industry.

Sonu took an indirect dig at actress Kangana Ranaut who had alleged that 99 per cent of Bollywood consumes narcotic.

While giving an interview to Bollywood Hungama, Sonu said, “Of course I was bothered, but what really upset me was seeing some of our own people speak against the industry."

Further he pointed out that the industry has fulfiled dreams of many and so many stars had left their homes and families. So when people point fingers at it, it affects us.

“We all like to think we’re one big family, but the chains that can bind us are missing... They say they are a part of Bollywood, but they’ve created barriers around themselves. We should all learn from this. In this industry, people value success, but no one offers support when you fail," he added.

Sonu Sood and Kangana have bad blood between them, back in 2018, Sood had to walked out of Ranaut's ambitious project 'Manikarnika-The Queen of Jhansi'. He had reportedly cited his professional commitment to 'Simmba' as the reason.

Ranaut then stepped in to the shoes of the director and re-shot some portions of the film and accused Sonu of leaving the movie because he did not want to work "under a woman director".

When asked if he is willing to work with Kangana Ranaut in the future, Sonu had told IANS, "She has always been a very close friend and I have no qualms against her. I would like to wish her all the best."

Meanwhile in 2020, Sonu Sood grabbed national headlines for his humanitarian gesture in helping migrants reach their homes during the coronavirus-induced national lockdown.