Soundarya and Vishagan tied the knot today as per the Hindu custom. 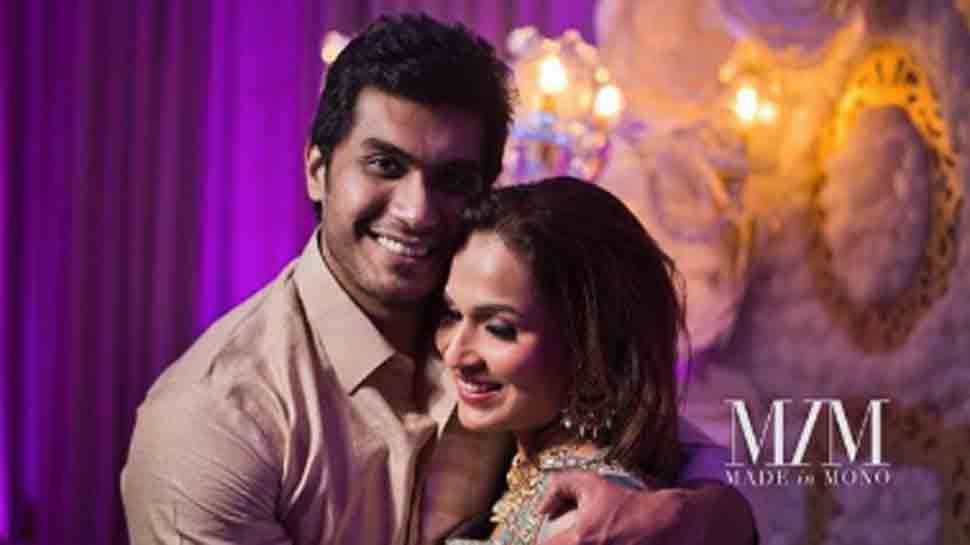 Chennai: Superstar Rajinikanth's daughter Soundarya married Vishagan Vanangamudi here on Monday in a grand ceremony. The wedding took place in the presence of the who's who of Tamil film fraternity and several bigwigs of Tamil Nadu.

Soundarya took time out of her tight schedule to share a picture of herself as a bride on her Instagram. She captioned the picture writing, "Look 5 | Presenting to you the gorgeous bride #soundaryarajinikanth ‘s much awaited wedding #muhurtham look! Traditional Braid, Smoked out Liner & a Custom Raspberry lip using @gerardcosmetics to compliment her stunning @abujanisandeepkhosla #kancheepuram #silksaree. Wishing the lovely couple a happy happy married life."

Needless to say, she looked completely ravishing on her D-day, in the red-pink wedding attire.

Soundarya and Vishagan tied the knot today as per the Hindu custom.

On Sunday, a sangeet ceremony was organised which was a close-knit family affair. Also, videos from the functions have gone viral on social media in which Rajinikanth can be seen dancing to some of his popular songs. Last week, the couple had a pre-wedding reception for family and close friends.

This is Soundarya's second marriage. She was earlier married to industrialist Ashwin Ramkumar. After staying together as a married couple for seven years, the duo got divorced in 2016, citing irreconcilable differences. They have a six-year-old son, Ved Krishna, who lives with her.

Soundarya is known for helming films such as 'Kochadaiiyaan' and 'VIP 2'.

Having started her career as a graphic designer, Soundarya has worked in films such as 'Baba', 'Majaa', 'Sandakozhi' and 'Sivaji'. She made her directorial debut with her father starrer 'Kochadaiiyaan', also starring Deepika Padukone. Her last directorial venture was Velaiilla Pattadhari 2 (2017), starring Dhanush and Kajol.

Vishagan, on the other hand, made his acting debut in 2018 with Tamil thriller 'Vanjagar Ulagam' and has done a smaller role in other films. He runs a pharmaceutical company. Days before her wedding, Soundarya had visited the Tirupathi Balaji along with her mother Latha Rajinikanth and performed a pooja there with the wedding invitation.