Sridevi says nothing is more important than motherhood

Sridevi is married to producer Boney Kapoor and a mother of two daughters Janhvi and Khushi. 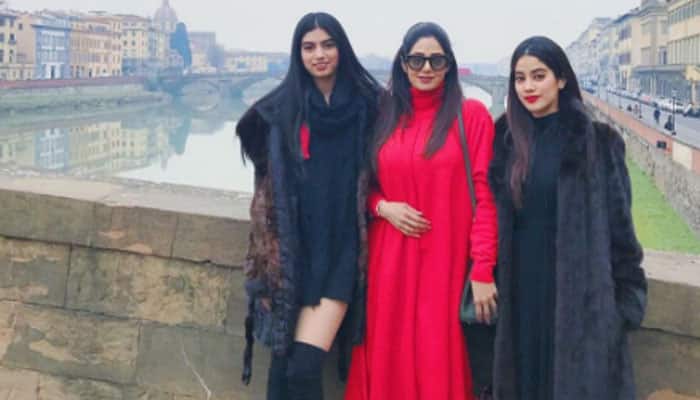 Mumbai: Actress Sridevi says nothing is more important than motherhood and her priority is always her two daughters.

Married to producer Boney Kapoor in 1996 and a mother of two daughters Jhanvi and Khushi, the actress said: "Nothing is more important than your children."

Sridevi was interacting with the media at the launch event of single ‘Kabhi Yaadon Mein’ on Thursday.

Filmmaker Divya Khosla Kumar features in the soulful music which revolves around the beautiful relation between a child and mother.

The 90s' hit song is recreated by Abhijit Vaghani and crooned by Palak Muchchal and Arijit Singh.

The 53-year-old actress, who has appeared in a string of commercially successful movies and has played a various role in a career spanning for four decades, says she used to copy her mother to play on-screen mother.

"Before I became a mother, I remembered how my mother used to talk or behave. She is always at the back of my mind," she said.

"After you become a mother, the instinct comes naturally. You don't have to learn motherhood," she added.

Sridevi who made a comeback with Gauri Shinde's ‘English Vinglish’ in 2011, will be soon seen in ‘Mom’.

Directed by Ravi Udyawar and produced by Boney Kapoor and Sridevi, the film stars Sridevi, Akshaye Khanna and Abhimanyu Singh in the main cast and Nawazuddin Siddiqui in a special appearance.

Lucky, my husband pushed me back into doing movies: Preity Zinta