Disha Patani took to Instagram recently and shared a video in which she can be seen performing a wall kick. 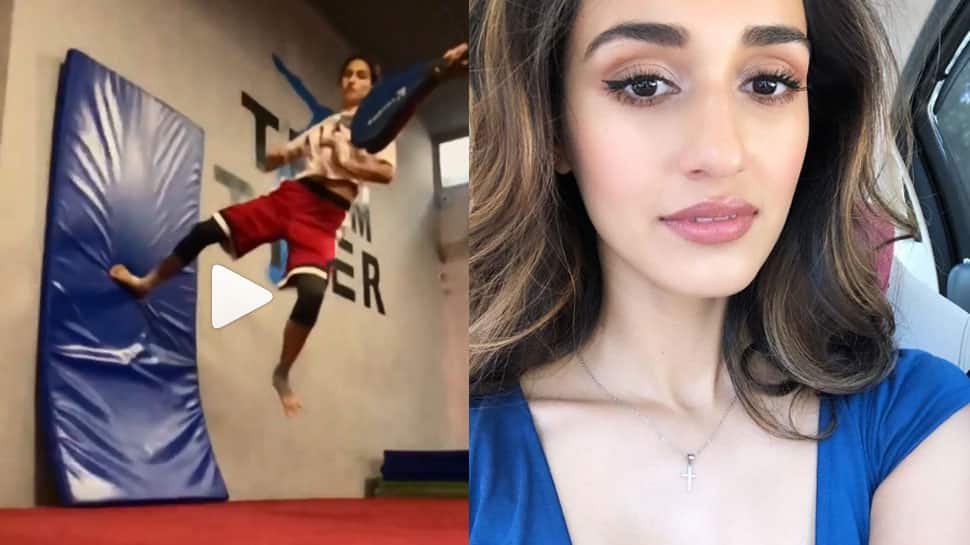 New Delhi: Bollywood actress Disha Patani is known to be a fitness freak. The leggy lass has over 18 million fans on social media app Instagram and her pics and videos are often going viral. Disha was first seen in 'MS Dhoni: The Untold Story' and with her limited screen presence, she garnered attention. Soon everybody started going gaga over her girl next door image and today the actress is an internet sensation with an ocean of fans.

Disha's fans eagerly await her social media uploads and the actress never disappoints them. She took to Instagram recently and shared a video in which she can be seen performing a wall kick.

Noticed the 'Team Tiger' written on the wall?

On the personal front, Disha is rumoured to be dating Bollywood's handsome hunk Tiger Shroff. The actor is also known for his fitness prowess and the two look great together. Disha and Tiger are often spotted hanging out with each other but continue saying that they are just friends.

Talking about Disha's professional life, the actress will soon light up the silver screen with her presence in 'Bharat'. The film is helmed by Ali Abbas Zafar and has an ensemble star cast including Salman Khan, Katrina Kaif, Tabu, Sunil Grover, Nora Fatehi, Varun Dhawan to name a few.

'Bharat' will release on June 5 this year and is high on the buzzword ever since it was announced. Disha will play a trapeze artist in the film and we are curious about her look which has not yet been revealed.

Kareena called 'aunty' by netizen, here's how she reacted