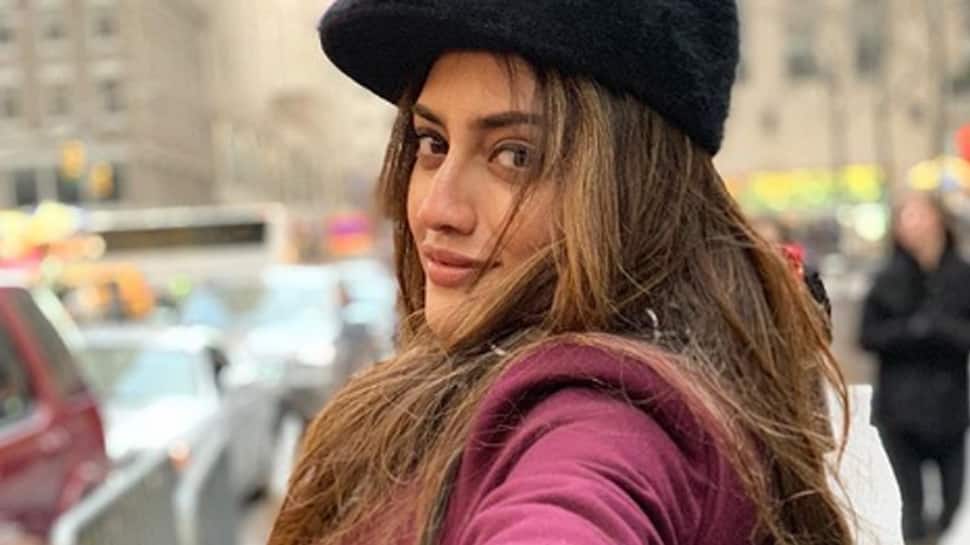 New Delhi: Trinamool Congress MP from West Bengal Nusrat Jahan is an avid social media user. The actress-turned-politician took to Instagram recently and confirmed her wedding rumours with a heart-warming post. Nusrat is seen flaunting a huge rock while her beau holds her hand.

The caption reads, “When reality is finally better than ur dreams, the best thing to hold on to in life... is each other..!! @nikhiljain09”

Her beau also shared the same picture on Instagram and captioned it as, “You know the meaning of love, when you crave to grow old with that one person ; go all chips in for that one person; rediscover ur own self being with that person ; and be the partner you d never thought u’d be . Thank you @nusratchirps for making my life the most beautiful one, u made me worthy! It was definitely worth the wait- Destiny!Raabta!”

Nusrat made her Tollywood debut with 'Shotru' in 2011. She then starred in the films like 'Khoka 420' and 'Khiladi' in 2013. Since then, the actress has featured in several hits such as Jamai 420, Har Har Byomkesh, Kelor Kirti, Love Express, Zulfiqar, Haripada Bandwala, Bolo Dugga Maiki, Uma, Crisscross and Naqaab among others.

This throwback pic from Kareena Kapoor Khan and Saif Ali Khan's wedding calls for a freeze frame!—See inside