Vaibhav Rekhi: All you need to about Dia Mirza's rumoured to-be husband

According to reports, Dia is all set to walk down the aisle with Vaibhav on February 15, 2021. The wedding reportedly will be an intimate affair with close family and friends in attendance. However, there is no official confirmation from the actress or her team yet. 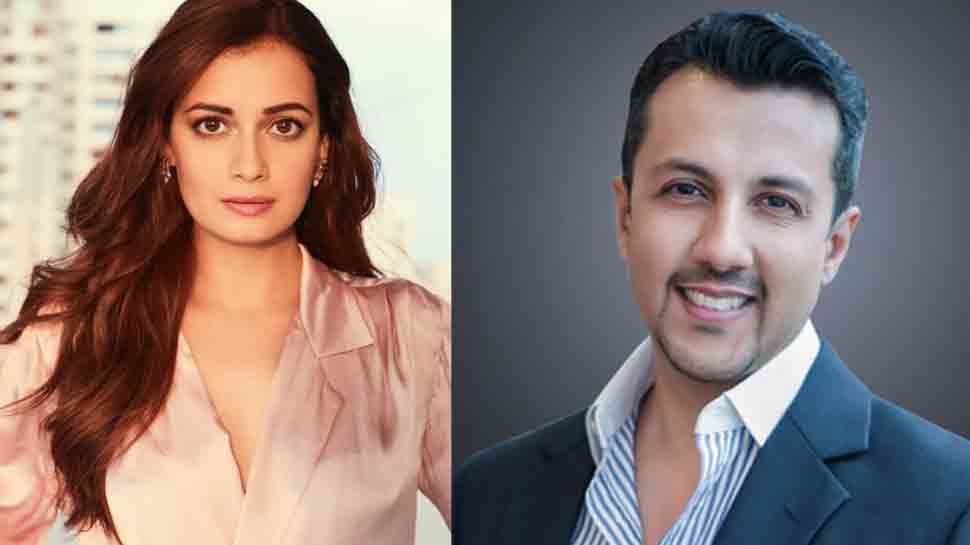 NEW DELHI: Bollywood actress and environmentalist Dia Mirza is reported to enter into wedlock with Mumbai-based businessman Vaibhav Rekhi. According to reports, Dia is all set to walk down the aisle with Vaibhav on February 15, 2021. The wedding reportedly will be an intimate affair with close family and friends in attendance. However, there is no official confirmation from the actress yet.

We bring to you a brief profile on Dia's to-be husband Vaibhav Rekhi.

According to a report by The Quint, Dia Mirza's to-be husband is a businessman based in Bandra, Mumbai. He completed his Bachelor's degree from Wharton Business School, University of Pennsylvania and pursued an MBA from the Indian School of Business, located in Hyderabad. Vaibhav Rekhi is the founder of Piramal Fund Management Pvt Ltd. He is associated with the firm Piramal-Capital and Housing Finance.

The report added that he was earlier married to popular yoga instructor Sunaina Rekhi and has a daughter from his first marriage.

Dia, who was earlier married to producer Sahil Sangha, continues to remain friends with him. They had started a production house 'Born Free Entertainment' when they were dating. However, after they split, Dia started her own production house, 'One India stories' in 2019.

She is best known for appearing in films like 'Rehnaa Hai Terre Dil Mein', 'Tehzeeb', 'Koi Mere Dil Mein Hai', 'Sanju', 'Parineeta', 'Dum', 'Tumko Na Bhool Paayenge', 'Deewanapan' among others. On the work front, Dia was last seen in a brief role in 'Thappad' alongside Taapsee Pannu. She is currently shooting for a Telugu film 'Wild Dog'.