Varun Dhawan-Natasha Dalal wedding: Here's everything you need to know

According to reports, the power couple is set to tie the knot in holy matrimony on January 24. Rituals began on January 22 and will commence with a reception bash on January 26. The big fat Punjabi wedding will take place at the luxurious Mansion House Resort in Alibaug, which is not far from Mumbai. 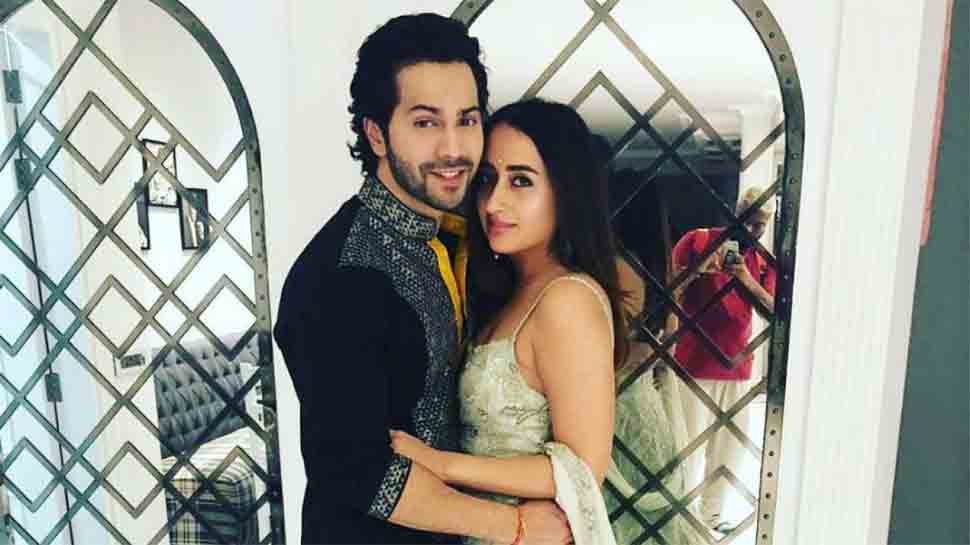 MUMBAI: Varun Dhawan and Natasha Dalal’s wedding has created a huge buzz in the Bollywood industry. The wedding has been long-awaited, as Dhawan, the ‘Coolie no. 1’ actor and Dalal, an eminent fashion designer, have been going steady for years now. According to reports, the power couple is set to tie the knot in holy matrimony on January 24. Rituals began on January 22 and will commence with a reception bash on January 26.

As per TOI report, the big fat Punjabi wedding will take place at the luxurious Mansion House Resort in Alibaug, which is not far from Mumbai.

According to Bollywood Hungama, the Dhawan family including David Dhawan, Lali Dhawan, Rohit Dhawan along with his wife and daughter left for the venue on Friday morning as did Dalal’s family. The paparazzi managed to snap a few pictures of Dalal’s marriage attires as she was transporting them to her car. One of them appeared to be a gold and beige intricately embellished attire; the designs may be Dalal’s original work as a DNA report had stated that Natasha would be designing her own bridal outfit. For the groom’s attire, Kunal Rawal was selected as the designer.

Which Bollywood celebrities will be attending?

India Today reported that the guest list is limited to 50 people due to the pandemic restrictions. As a result, the duo has only invited close friends and family members to the event. According to TOI, the list included Karan Johar, who helped Dhawan make his debut in Bollywood with 'Student Of The Year', Varun's close friends Alia Bhatt and Ranbir Kapoor, celebrity fashion designer Manish Malhotra among others. However, Bhatt, Varun’s first co-star, will only attend the wedding if she is able to finish shooting for the film, 'Gangubai Kathiawadi', on schedule. Reports say that Salman Khan and Shah Rukh Khan have also been invited to the Varun-Natasha wedding. In addition, Shilpa Shetty Kundra, Raj Kundra, Shashank Khaitan, Vashu Bhagnani, and Remo D'Souza have also been invited, as reported by Vogue.

Have a look at how the couple fell in love

In a conversation with Kareena Kapoor Khan on her show, 'What Women Want', Varun had revealed, "I actually met Natasha when I was in the sixth standard. We've not been dating since then but we were friends till the eleventh grade or so. We were very close friends. But I remember that the minute I saw her, I went to Maneckji Cooper and she was in Yellow House and I in the Red House. We were on the basketball court and during the lunch break, in the canteen, they would give you food and all...and I remember her walking and I remember seeing her. Actually, when I saw her and I felt like I fell in love with her. She rejected me some three or four times. I didn't give up hope." The two finally began dating years later.

In another interview with Filmfare, Varun recalls the evolution of their relationship from school mates to soulmates, “She and I went to school together. So, she has known my parents since ages. She’s been attending functions with my parents before also but it wasn’t photographed then. She’s my rock, she’s my anchor. She’s the stabilising factor in my life. It’s pretty much like family.”

Who is Natasha Dalal?

For those unfamiliar with the Dhawan’s fiance, Natasha Dalal - she is a popular Mumbai-based fashion designer. She studied fashion at the coveted Fashion Institute of Technology in New York and returned to India in 2013 to launch her own design brand, Natasha Dalal Label. Her label primarily focuses on bridal and wedding couture.

According to Varun, Natasha is an individualistic and strong-minded person with great ambitions, as mentioned by him in an episode of Koffee with Karan. He also praised Natasha for being greatly supportive of Varun’s career from day one in the same interview.

Both, Varun and Natasha, have remained more or less private about their relationship. Although Varun has spilled tiny details about their relationship on talk shows, Natasha hasn’t spoken about him publicly yet and has kept her Instagram account private. Originally, TOI had reported that the couple were to get married in Thailand in 2020 but the onset of the pandemic changed the course of their wedding plans.