Mahashay Dharampal Gulati, better remembered as the face of MDH spices breathed his last on December 3, 2020. He was 97. Popularly called the 'Spice King' of India, died of cardiac arrest, reportedly. 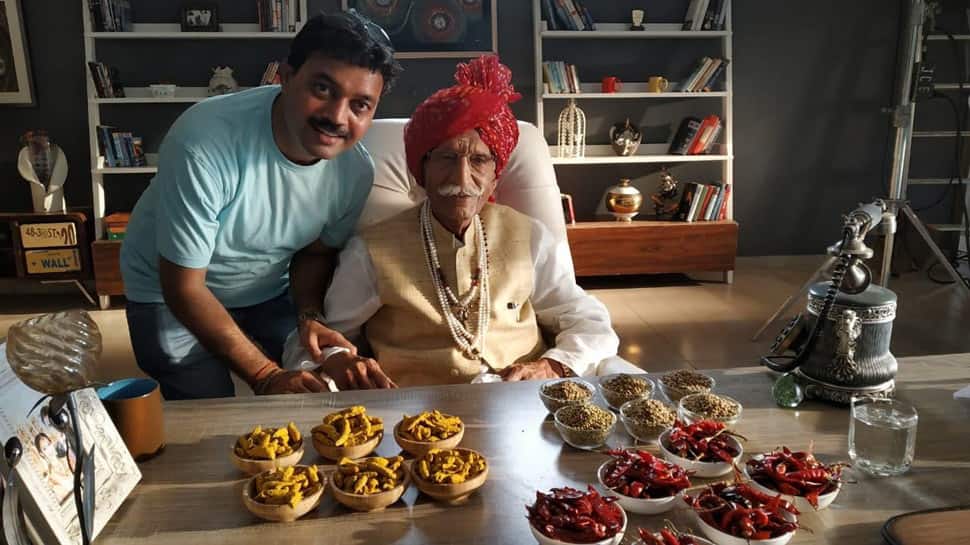 New Delhi: Mahashay Dharampal Gulati, better remembered as the face of MDH spices breathed his last on December 3, 2020. He was 97. Popularly called the 'Spice King' of India, died of cardiac arrest, reportedly.

Ad guru and National Award nominee Prabhakar Shukla recalled the time spent with the MDH brand face and paid a sort of tribute to him. "I was in Delhi 3 years back when my close friend Mr Satish Verma told me that he is going to MDH would you like to join. I instantly said yes. This was an opportunity to meet A Legend Masala king Mahashay Dharmpal Ji. Since childhood, we all have seen MDH ads on TV and Mahashay Ji was an integral part of it. He is known as MDH wale uncle or Tau Ji", he said.

"When I met Mahashay Ji first time in his office it was a memorable experience. His warmth and positivity attract your soul. I felt that I know him for years. He offered me a sweet, have his blessings and lesson of life, work till your last breath. I asked him that I would like to make an ad film with him. He agreed and said yes we will work", Shukla said. 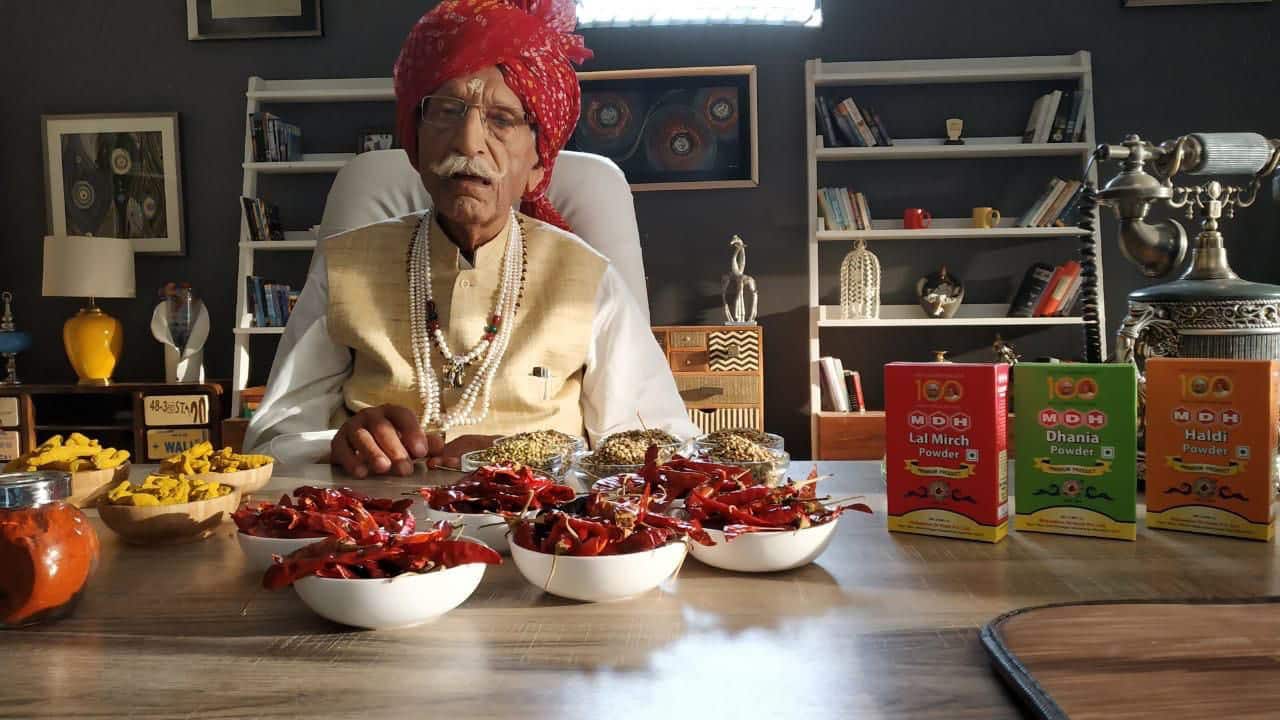 "Two years back the plan and script were ready to shoot. But the plan was delayed as he was busy on his birthday celebrations which was a ritual by the students and hospital staff from the schools and hospitals operated by his trust. Before shooting he was also bestowed prestigious award Padma Bhushan by Government of India for his contribution to society", Shukla added. 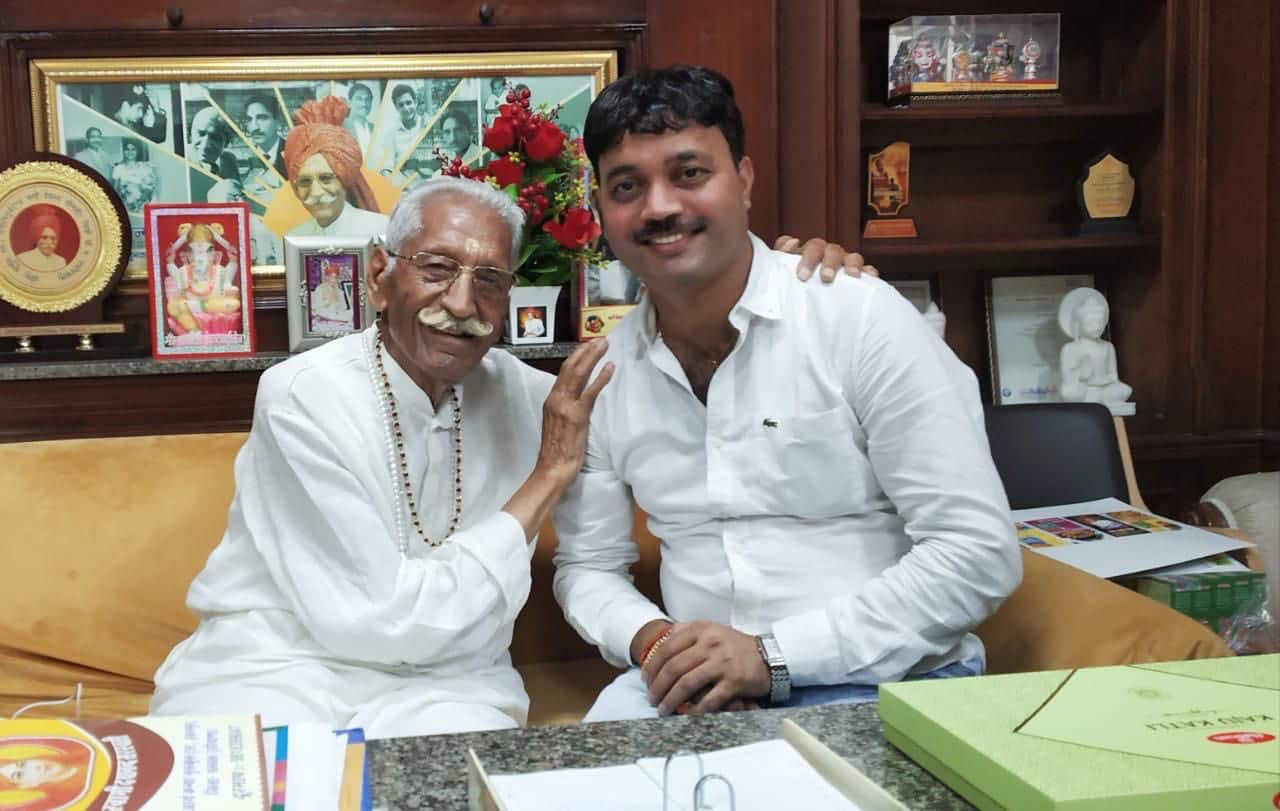 Recalling the times, Shukla said, "He came to Mumbai and we were shooting in Madh Island for MDH films. One day before the shoot I met him and asked his blessings. He was jovial and said what time I have to be on set. That was the spirit. I was a little nervous as Mahashay Ji is 97 years and how he will shoot for long stretch .. but when he came on set before time and asked for lines and look. He said you look nervous, don't worry I am good at acting and this broke the laughter. I felt relaxed."

Adding more, Shukla said, "Being my 500th ad film it was another joy with me that I am working with one of the oldest actors of 97 years on set who is young at heart and spirit. As the first shot was ok in the first take. Mahashay Ji asked did I have done well before the camera. I said your energy is incredible and we are learning from you. During the lunch, I asked him about his secret and energy. He simply said, "Dont get retire till your last breath and be positive in all conditions, you will win."

He always recited Gayatri Mantra and asked everyone to recite who come for blessings, he patted your back thrice with Om and you feel energetic to work in life.

"After the shoot, I asked him time for dubbing he said dont worry I am director's artist. We dubbed his lines in Delhi studio and he was so full of energy that it was fun. He liked the ad film and asked to do a corporate film for his company. Last year at the 100 years celebrations of his brand MDH he was honoured by the people across the world. Mahashay Ji's positivity and energy of doing work for mankind are the real inspirations for everyone. My tributes to Masala king Mahashay Dharmpal Ji", Shukla recalled.

Urvashi Rautela's ultimate Street Style avatar is worth a dekko!