Varun Dhawan shared a bare chest picture from his workout sessions where he is seen flaunting his washboard abs, chiseled body and muscles while stretching. 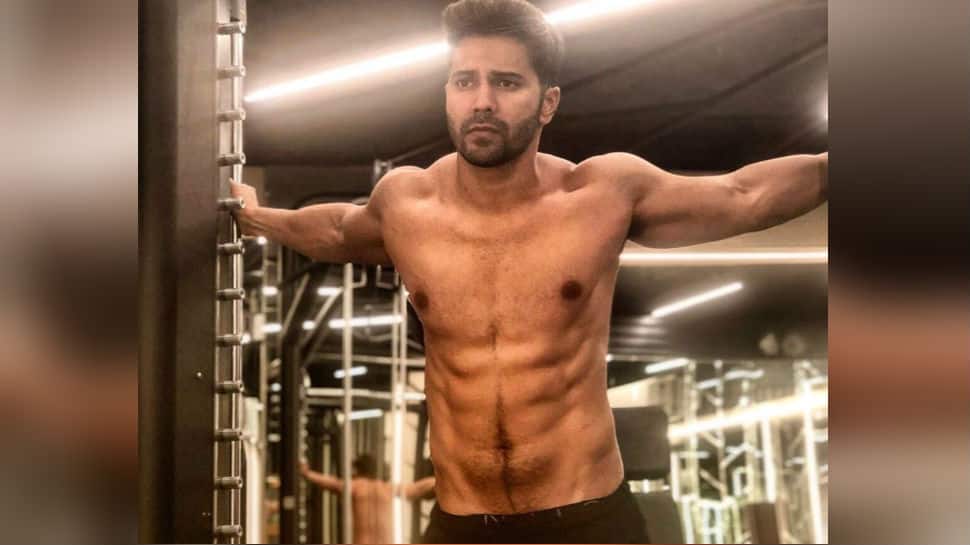 New Delhi: Bollywood`s heartthrob Varun Dhawan is setting the temperature soaring and his recent post is a proof of it.

The actor shared a bare chest picture from his workout sessions where he is seen flaunting his washboard abs, chiseled body and muscles while stretching.

The shirtless actor is surely proving to be an eye-candy for the fans and is good enough to give you major fitness goals.

Dino Morea, while driving inspiration from the actor wrote, "I shall now".

In the past, the 32-year-old actor never shied away from sharing bare-chested pictures while working out in a gym.

Some time back the actor shared a picture with his upcoming film `Street Dancer 3D` director Remo Remo D`Souza where the duo was seen showing off their body in style.

According to various media reports, Shraddha will be seen as a dancer from Pakistan, while Varun will be playing a dancer from Punjab. Produced by Bhushan Kumar, Lizelle D`Souza and Krishan Kumar, the film is all set to hit theatres on January 24, 2020.

Varun will next be seen in the remake of `Coolie No 1`, while Shraddha has two films in her kitty - `Saaho` and `Chhicchore`.

Priyanka Chopra gets a wax statue in London - See pic