High-level meetings were held in Jaipur to pacify the agitators. 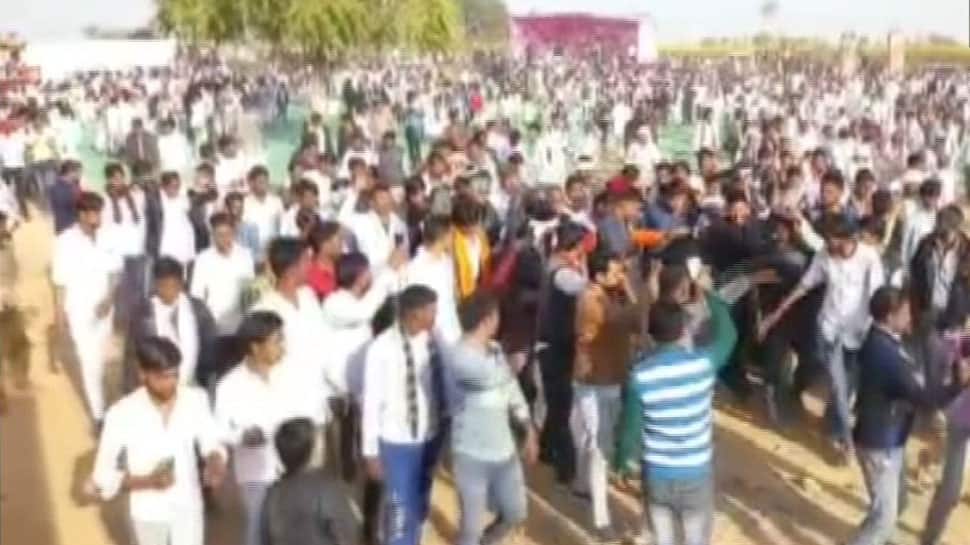 “We want 5% reservation. Government hasn't responded to my request. So, I am going to do an agitation. Government should give, I don’t know from where do they give,” said Gujjar leader Kirori Singh Bainsla.

Rajasthan: Members of Gujjar community hold reservation movement in Sawai Madhopur. Gujjar leader Kirori Singh Bainsla says, “We want 5% reservation. Govt hasn't responded to my request. So, I am going to do an agitation. Govt should give, I don’t know from where do they give? pic.twitter.com/FowC95S02E

The movement of at least 10 trains was affected due to this. Four trains were cancelled and seven trains after protestors demonstrated at between Sawai Madhopur and Bayana railway stations.

In January, the Gujjars issued a 20-day "ultimatum" to the Rajasthan government to clear its stand on reservation to the communities in government jobs and educational institutes, failing which he threatened of reviving the quota agitation.

The deadline lapsed on Friday, following which Bainsla held a 'Maha Panchayat' at Malarna Dungar in Sawai Madhopur district and started the sit-in dharna with his supporters

"Things are changing fast. I have not come here but the crowd has brought me on the railway tracks. People cannot be fooled all the time. It is a fight to do or die. State government should stand on its promise. It will be a peaceful protest. I will lead the protest and the youths will support," Bainsla told reporters.

Meanwhile, high-level meetings were held in Jaipur to pacify the agitators.

Two more die due to swine flu in Rajasthan; death toll mounts to 88