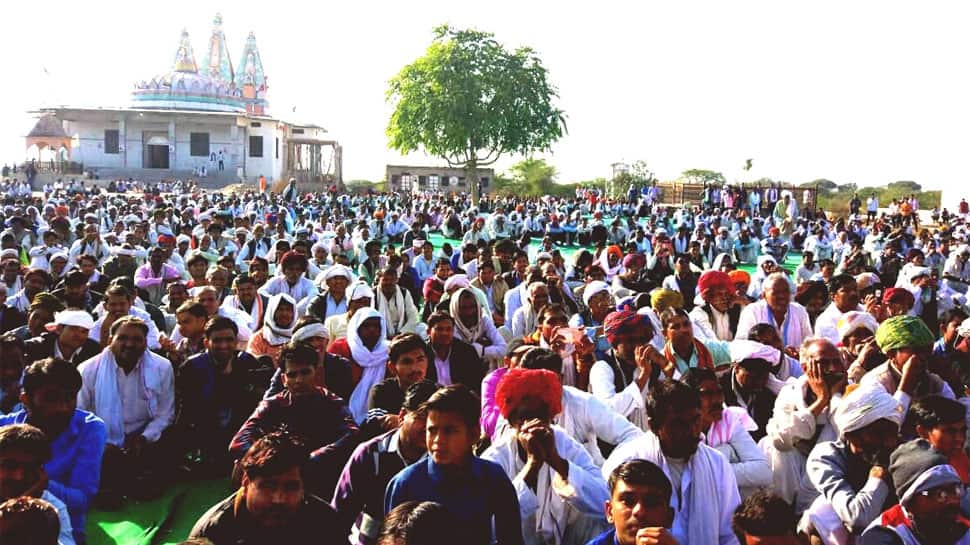 JAIPUR: Any reservation or quota can be introduced only through Constitutional amendments, said Rajasthan Chief Minister Ashok Gehlot on Saturday while responding on Gujjar quota agitation.

“Gujjar's quota demands can be met only via amendments in Constitution. So they (Gujjar community) should approach the Centre and submit a memo to PM,” said Gehlot.

A three-minister committee has been formed and legal advice on the reservation is being taken, said Gehlot, adding that talks to pacify Gujjar leaders are currently underway.

“I would like to appeal to the people that they shouldn’t sit on rail tracks,” he added.

The ongoing protest by the Gujjar community over demand for implementation of five per cent reservation, that was promised to them by the Rajasthan government, led to the disruption of train services on Friday and Saturday.

Additional police forces have been deployed in Bharatpur police range to tackle any law-and-order situation.

The movement of at least 10 trains was affected due to this. Four trains were cancelled and seven trains after protestors demonstrated at between Sawai Madhopur and Bayana railway stations.

In January, the Gujjars issued a 20-day "ultimatum" to the Rajasthan government to clear its stand on the reservation to the communities in government jobs and educational institutes, failing which he threatened of reviving the quota agitation.

The deadline lapsed on Friday, following which Bainsla held a 'Maha Panchayat' at Malarna Dungar in Sawai Madhopur district and started the sit-in dharna with his supporters.