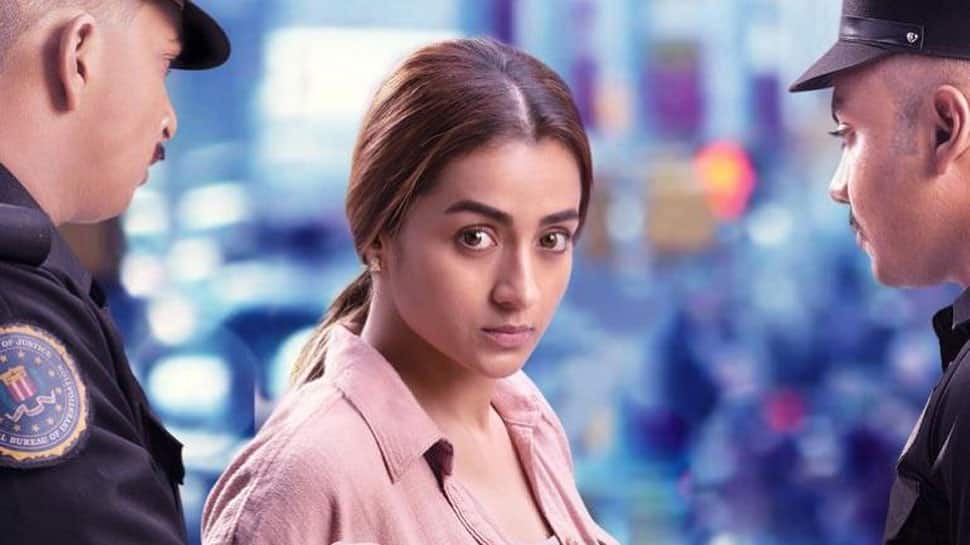 After a long time, Trisha is part of an action thriller and sources have said that she is pretty excited about it. Titled Raangi, the film is being directed by M Saravanan and the first look of the film is released recently and is being praised for being very much different and interesting.

Looks like the actress has gone de-glam for her role in this film. In the first look, we can see that cops are about to handcuff Trisha. Trish looks fierce as the cops try to take her with them. By the looks, we can understand that it is happening it is definitely not in India, as the cops are in the blue uniform.

In Tamil, Raangi means a headstrong girl and Trisha plays a headstrong girl in this movie. As per the latest report, Trisha is said to have a strong personality and because of this characteristic of her, she lands herself in trouble. How she gets out of all these troubles forms the crux of the story.

The team has finished shooting for the first schedule in Chennai and they are going to begin the second one from May 30. They will also shoot in foreign locations, including Uzbekistan.

After the movie ’96 became a blockbuster hit, in which she paired up with Vijay Sethupathi, the actress has become pretty busy and it is said that she has added a couple of films in her kitty and has also increased her remuneration.